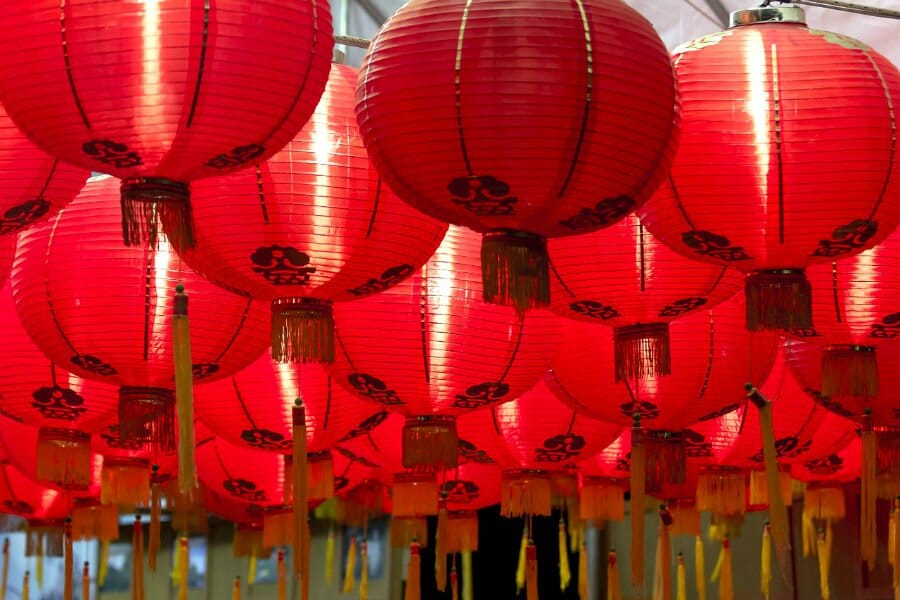 I’ll never forget the first time I watched the Dragon dance as a child atop my father’s shoulders in London’s Chinatown. The costumes, music and pageantry were spellbinding and opened my eyes to the Chinese New Year.

At the time of writing, the Year of the Horse is only a few days away (31 January), and it’s not just China that’s preparing to celebrate.

So adorn the house and yourself with anything red (clothing, lanterns, candles) and indulge in the celebrations wherever your location and whatever your background.

Chinese New Year is traditionally the time for family, and the Chinese spare no expense or means, to get back home.

Consequently, this leaves usual bustling metropolis’ like Shanghai eerily barren and quieter than normal. This is of course, great news for travelers left behind.

The city also delivers an impressive fireworks display, and many top restaurants are keen to welcome the city’s left-behind folk. Couple up the New Year celebrations with a local tour. It’s a great way of seeing Shanghai and with people who know it best.

The Chinese community in the northern California city of San Francisco is believed to be the largest outside China.

As well as over 100 floats, there will be school marching bands, a Miss Chinatown and Chinese acrobats! The biggest highlight however will be the 201+ ft long golden dragon that features at the end of the parade. It requires 100 men and women to carry it, and 600,000 firecrackers will accompany its arrival.

See the best sights and attractions in San Francisco by booking a tour. I did a few, loved every second, and would highly recommend you to try one for yourself.

Feeling in the mood for Latin and Chinese? Then head to São Paulo to sample a mixture of the two.

Liberdade has a substantial population of East-Asian settlers, making it the ideal location to welcome in the New Year.

Liberdade is undeniably Asian, with its red lamp posts and Japanese gate at the main entrance to the street. Activities to celebrate the New Year include live music, food festivals, fireworks and naturally the passage of the Dragon.

Don’t leave Sao Paulo without seeing the city like a local. These tours will leave you not only more knowledgeable, but also with some new like-minded friends in the group.

A wave of immigration from South-East Asia in the 1970s transformed the once run-down area of The 13th Arrondissement in Paris into one of the largest Chinatowns in Europe. 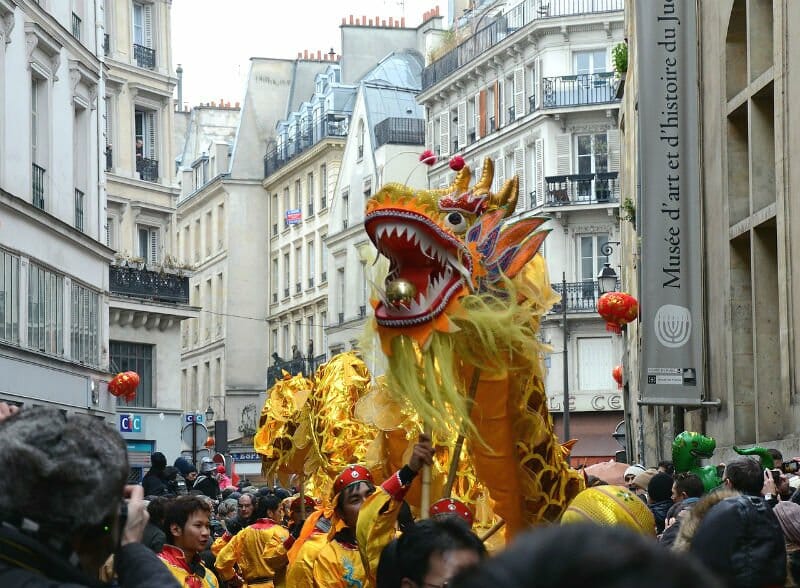 The New Year’s Day parade usually takes place around the beginning of February, featuring classic colorful festivities and cultural events. Other areas partaking in the celebrations include Le Marais and Belleville. Skip the lines to the top attractions in Paris and book your ticket ahead of time.

While the Chinese New Year falls on 31 January, celebrations in Malaysia continue for a further 15 days.

It culminates in the spectacular Lantern Festival. It’s normal during ‘Chap Goh Meh’, as it’s also known, for people to hang lanterns in their home or go to the temple to pray for blessings. 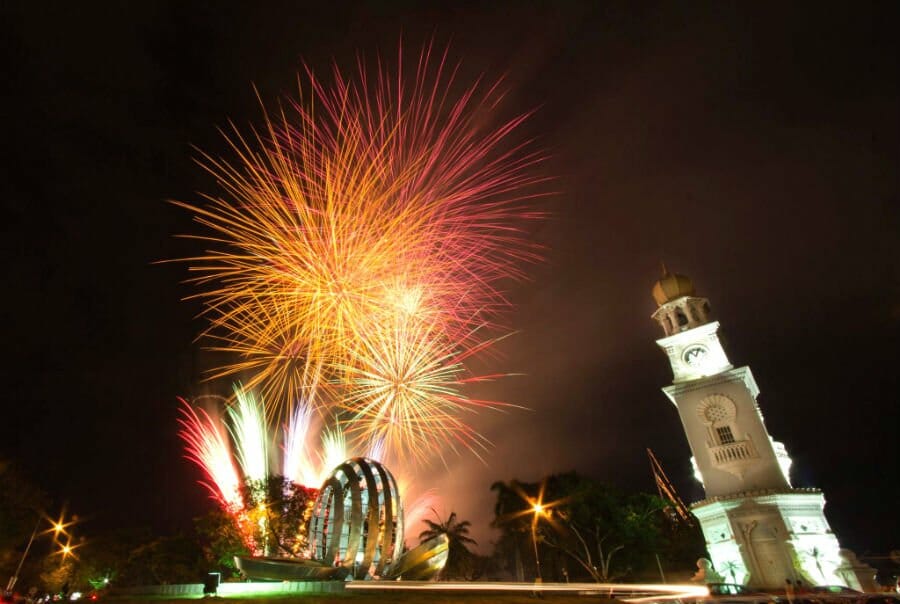 The romantic undertone of the festival is special in the state of Penang, where single women and girls throw oranges into the sea hoping to meet their perfect match.

Get a taste of authentic Penang by booking a tour on one of these local cooking classes. Fun, tasty and unique, it’s an experience that’ll stay with you long after the trip’s ended.