It’d been over 2 years since I’d last been in Portugal, and I was over the moon to be back. This trip would be to the Alto Minho region in Portugal, which sits very close to the border with Spain. It’s one of many regions of Portugal I’d been keen to visit, and finally my chance had arrived.

We had an animated, yet informative, local guide called Francisco. His witty nature together with his excellent historical knowledge of this region of Portugal made the trip a real delight.

A 3-day itinerary for the Alto Minho in Portugal

A work of ceiling art

We went straight from Porto to the capital city of the Alto Minho, Viana do Castelo.

A theme of love and romance is evident in the region’s architecture and history, particularly in the tale of the city’s name. A young man waits to see Anna, a beautiful girl he’s in love with, but whose father never allows her out of the house. One day, he finally catches a glimpse of her from the castle, and there the story ends. Hence, Viana do Castelo literally means ‘I saw Anna from the castle’.

We arrived at the next stop, Santuário de Santa Luzia. It offers one of the best views overlooking the city, and I’d highly recommend visiting. The views, however, is only one of the ‘wow’ factors.

There’s a grand church, with steps decreasing in size as you reach the entrance. Inside, the ceiling’s a work of art in itself, with intricate detailing and a colourful interior.

Inside the convent’s church

Time to chill against a Mercy

We drove back down the winding road and made our first trip into the city to Convento de Sant’Ana. It was a former convent, but now runs as a retirement home.

The building was constructed in the 16th century. Mass still takes place in the church, and it also acts as a mini museum. Paintings produced by the nuns depicting stories from the bible adorn the walls. There’s one painting that’s set in ‘Jerusalem’ but with a touch of Viana do Castelo. The story of Jesus turning water into wine features the iconic blue and white vases commonly associated with the city.

Seats with painted faces called ‘Mercies’ line the walls. They were a place for church-goers to lean against when the prayers went on for too long. The front end of the church reflects the Baroque period, with splashes of gold, while the blue and white tiling is also significant of the era. Each tile section doubles in size, giving the appearance of an optical illusion.

The path to the praia

A fresh taste of the Alto Minho

There’s something quite uplifting about visiting a sandy beach in mid-October. The praia,(beach) was empty, with the occasional windsurfer riding the water.

In the unexpected autumn sunshine, the sandy shore appears to stretch for miles, merging with the rocks and greenery in the distance. The praia is only one part of the attraction. Rui, the owner of shop and watersports school, Viana Locals, plans to expand upon the current class schedule.

That day, I sampled my first taste of the Alto Minho, with some freshwater clams in a garlic and wine broth. The main course was equally as satisfying with sea bream served with baby potatoes and a light dressing. There was just enough room for a dessert of crepes served with ‘sweet eggs’ and ice cream. The meal was completed by a vinho verde (green wine) of the Loureiro grape variety. Compared to the Alvarinho wine, this is more floral and lighter in taste and smell.

Best seat in the house

The hotel, Flôr de Sal, is conveniently located near to the centre of Viana do Castelo.

It has a fitness centre, spa facilities, meeting rooms and even a mini art gallery in the reception area. If possible, choose a room overlooking the river – it’s a great view to wake up too.

The hotel’s also easily accessible to the Ecopista do Rio Minho. This is the bike/walking trail that for the most part follows alongside the river Minho. Run, bike or walk, it’s a great way to familiarise yourself with the local area.

You must go and visit Igreja de Matriz in Caminha. It may appear like any typical church from the outside, but you’ll realise the opposite when you enter. An architectural mix of Gothic-Renaissance styles, the church has a distinctive Moorish feel, particularly on the ceiling. The Gothic influence is extended on the exterior roof by the stone gargoyles typical of the time.

Our base for the duration of the stay was the four-star rated Hotel Minho, located in the town of Vila Nova de Cerveira. Meaning ‘new town of the stag’, the association of the village to its history with the deer, and the legend of the king stag is evident. The village is also known for its artistic angle, with art galleries and sculptures in the main centre.

I was lucky to see the grand ‘Cervo’ metal structure high above the town. It’s quite a sight in person, and if you get the opportunity to see it, go. There’s no bird song or people, just nature and a stunning view.

The structure’s a fair distance from ground level so I’d suggest taking a car. Hiking and biking devotees may however enjoy the challenge of getting to the top. Whatever your means, just make sure you get there.

The blue house: it’s all in the detail

Day two began with a visit to the impressive Fortaleza de Valença do Minho. The city’s past has strong links to its medieval fortress that was built in 1200 under the order of the first king of Portugal, Sancho I.

Formerly called Contrasta, the city became known under its current name of Valença in 1262. The fort today contains a mixture of residential houses, shops, cafes and restaurants. A focal point is the iconic blue house in the centre. This differs from the rest, as the tiles used on the exterior of the building are engraved not painted, making it more unique.

Luís Pereira Velho de Moscoso built the Palácio da Brejoeira at the beginning of the 19th century. The palace was a gift to the current owner, Lady Herminia de Oliveira de Paes, from her father on her 18th birthday.

An island that captures your heart

The front of the palacio

The palace’s grounds are equally remarkable with a Camellia (20 varieties) garden. It’s based on an English garden design with a clandestine lovers’ seat hidden by tall maze-like hedges. My favorite part is the artificial island constructed in the shape of a heart. Small details such as the ‘bark’ branches made from concrete and not real wood, add an extra charming touch.

Melt in the mouth beef cheek

Another former convent, Hotel Convento dos Capuchos had several renovations before becoming the hotel it is today.

Much of the hotel has retained many of the convent’s original features, and the rooms all have their own romantic personal appeal.

The highlight however was the lunch served in the hotel’s restaurant. I wolfed down traditional dishes like Caldo Verde and more contemporary plates such as beef cheeks. To top off the meal, the chef himself served us a wine to compliment each course.

A little heavier and my jeans feeling more snug, a visit to a medical spa seemed ideal. Termas de Melgaço is a medical spa that specialises in curing diabetes. The building was first built in 1868 and opened to the public in 2013.

The main pool, accessible for all

Time for a bath

The spa offers treatments that uses the local mineral water. This water is processed with carbon dioxide and the iron is removed.

Depending on the doctor’s diagnosis, patients undergo a specialized treatment. This could be the steam machine, called the Bertholaix, or the banco de contraste, which helps to improve circulation.

The season ranges from April/May to September/October depending on the demand. The pool area is fully equipped to enable disabled/people with handicaps, meaning it’s accessible for all.

From water to wine, the final stop of the day was MQ Vinhos in Monção. Its owner, Miguel, showed us around his impressive vineyard and small yet modern winery. He began making wine after inheriting the farm from his grandmother.

Miguel talking about his product

Though a small scale project, it has a high value concept, with more than 10,000 bottles produced in 2015. The highlight of the visit was sampling the award-winning Alvarinho wine, Vale dos Ares.

After the indulgent 4-course lunches and dinners over the last few days, I was happy for a spot of exercise. Armed with my helmet and hired bike from the hotel, I was ready to hit the Ecopista do Rio Minho.

Signage directing cyclists and walkers to the Ecopista are not altogether clear, so pay attention when on the roads.

Once you’ve reached it however, you simply follow the route to any of the neighboring villages or cities. I made it all the way to Valença – a real achievement considering I hadn’t cycled anywhere in years. Three hours later (yes I got lost), I made it to the fort. There, I snacked on a ton of sugary foods before heading back home.

Suffice it to say, the trail’s an ideal way to not only see another side of the region, but also to be closer to nature. It isn’t often that a flashpacker like myself gets outdoors that often, and I enjoyed every second.

My body sore, I went back to the hotel (35 minutes this time around) before heading to the spa to unwind. A massage was the perfect way to end my evening, and my overall time spent exploring the far north of Portugal. With another memorable visit of the country, I only hope it won’t be another 2 years before I return.

*Prices correct at time of visit 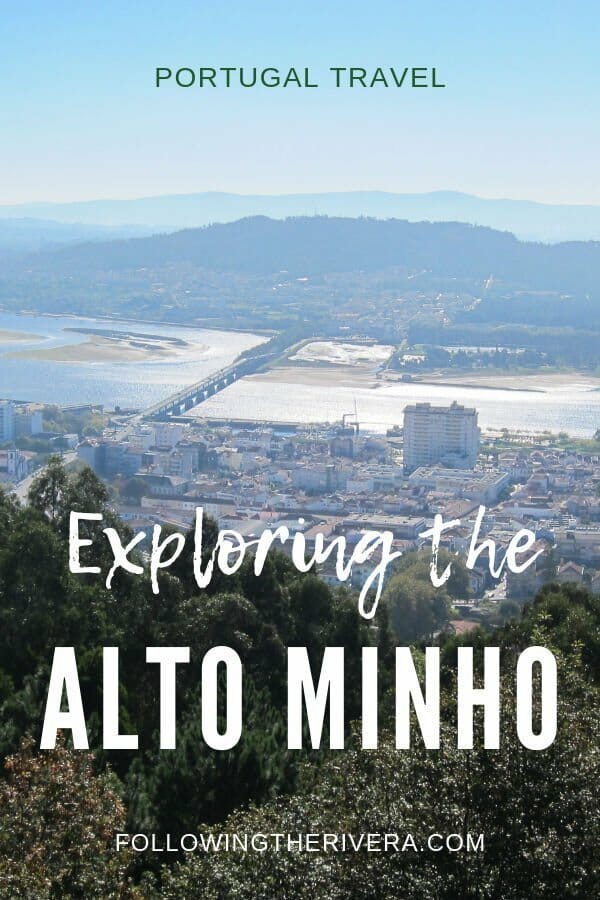 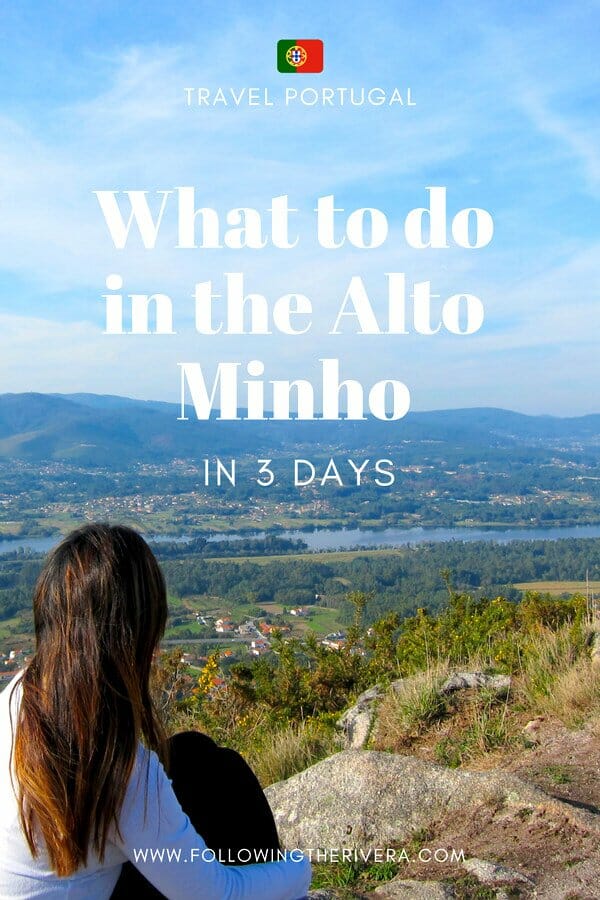