An epic road trip around Italy — from Siena to Veneto

This is part two of the post about my road trip around Italy. If you missed part one, you can catch up on it here.

On the eve of the devastating August earthquake in Italy, we were none the wiser as we continued to enjoy our evening in Perugia.

Though we stayed on the border of the Umbria region, we didn’t emerge unaffected by the early morning event. Everything in our bedroom — including us — shook with each tremor. My first earthquake could only be described as terrifying, but we were one of the lucky ones to leave unharmed. 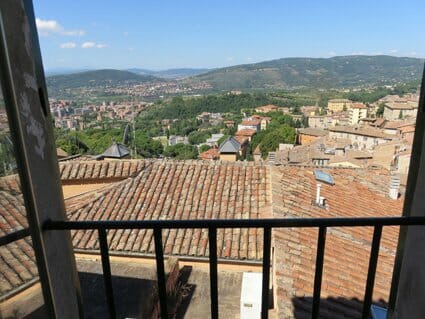 The calm after the earthquake in Perugia

A sleepless night developed into a weary day. As more tragic news emerged from the destroyed town of Amatrice, I discovered that Italy was more prone to earthquakes than I’d first realized.

I feel guilty for writing this, but I was happy to leave Perugia behind. The experience and aftermath of the earthquake had, for me, slightly tainted its beauty and charm. When we arrived in Siena, a city in the Tuscany region, I felt a great sense of relief. The sight of the medieval brick buildings — that I’d only ever seen before in photos — provided a beautiful distraction. The feeling of being within a small town grew stronger as we wandered through the narrow cobbled streets. We eventually found ourselves standing in the glorious Piazza del Campo — a fan-shaped square so grand in size it’s easy to feel miniscule.

Other buildings of interest are the Palazzo Pubblico, the town hall, and Torre del Mangia, a tower dating back to the 14th century. If you’re familiar with the Palio horse race, Piazza del Campo is where the twice yearly event takes place. 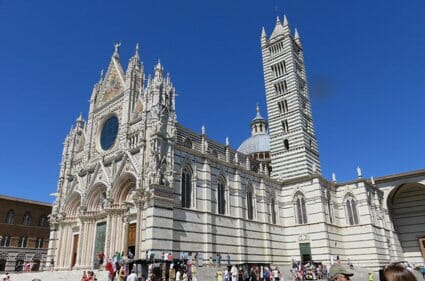 The most memorable moment came when I set eyes upon the Siena Cathedral (Duomo di Siena). My heart stopped upon seeing the Italian Romanesque-Gothic masterpiece, and a huge smile swept across my face. All the photos I took, and there were many, do little justice to captivating this magnificent church. Siena is full of tourists, but quite rightly so. The small city with its historic buildings, impressive piazzas and majestic architecture makes competing with the tourists all the more worth it. Speaking of tourists….

Battling the tourists in Florence

Firenze (Florence) is one of those cities that’d always been on my travel list, but I’d never managed to visit. My hopes were high as we arrived in the capital city of Tuscany, particularly after being in Siena. If you stay on the outskirts of the center, I highly recommend walking than taking a taxi/local transport to get into town. You get the chance to better explore the area, plus take in some enjoyable exercise. It will definitely come in handy for what’s coming next. 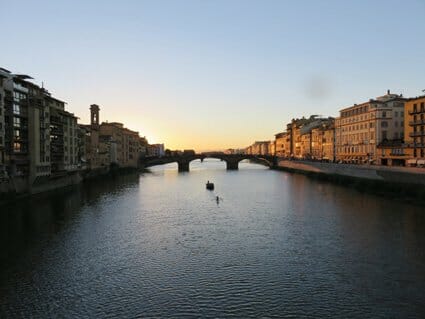 A city that lives up to its hype — road trip Italy

You know when you’ve hit the city center as you suddenly get a feel of all things historic. Ancient looking buildings, church domes and stone statues align your view. If you’ve seen photos of Firenze, then you don’t need me to tell you how beautiful it is. Seeing the intricate detailing on the churches, not to mention the magnitude, is 100 times better than any camera could capture.

The number one attraction

Ponte Vecchio is the most popular sight and is well worth visiting. However, be prepared to battle other tourists for some photo opportunity space. If you’re not a fan of sharing the sights with tourists, you should consider booking a guided tour. You’ll be in good company with a local host, and learn even more about Florence than going it alone.

Aside from seeing the sights, there was one other reason why we came to Firenze, and this one, you could eat.

The infamous Bistecca alla Fiorentina is a must (at least for carnivores) when visiting. Essentially, it’s a T-bone steak that comes from the Chianina cow — any other breed is not the real deal.

Bistecca alla Fiorentina has to be the tastiest steak I’ve ever eaten, not to mention the biggest. Most sizes range from 800 grams to 1.2 kg, so you’re advised to try one on an empty stomach!

There are many restaurants that claim to do the best Bistecca alla Fiorentina, but for me, Buca Lapi wins hands down. It’s an intimate restaurant not too far from the center with a warm atmosphere and unbelievably tasty food.

The best bistecca in town

The reviews we’d read beforehand were all spot on: pricey, yet friendly waiters and a welcome from the owner. The restaurant’s only open a few hours for dinner, so reservations are a must before going.

We reached the capital of the Emilia-Romagna region the next day, after over an hour’s drive from Firenze.

Similar to Perugia, Bologna is a renowned university city, so the streets beneath the sweltering sun were emptier than usual. This detail only bettered our short time there, as we were able to enjoy the quiet streets and abundance of history.

All roads seem to lead to Piazza Maggiore, the heart of it all. Within the square is the 10th largest church in the world, (by volume) San Petronio Basilica, the Duomo of Bologna. 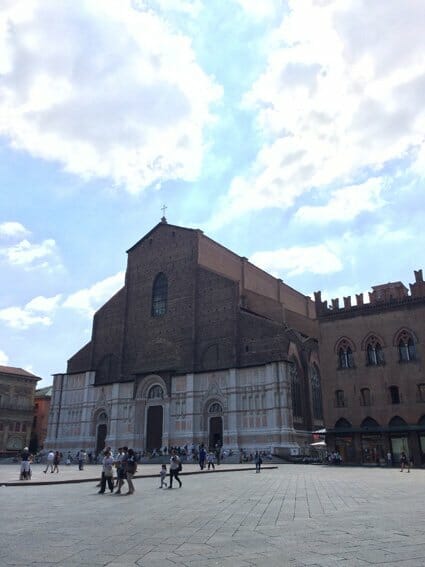 Other sights to see

Piazza Maggiore is also home to the impressive Palazzo d’Accursio, which used to be City Hall but is now a museum.

When it comes to deciding what to eat in Bologna, you are spoiled for choice. Bologna has so many delicious things on offer, it can be tempting to try everything.

A telling sign when you have crossed into the Veneto region, is when you pass by the distinctive River Po. The river in northeast Italy is a starting point for anyone wanting to explore the northern regions of the country and beyond.

There’s a saying that if Sicily is the place to eat, then Veneto is the place to drink. I was told this by many Italians throughout my travels, and when I arrived, I understood why.

Veneto is wine country, or region, and the seemingly endless sprawls of vineyard only reflect this. Its popular exports include Valpolicella, Soave and my favorite, Prosecco. 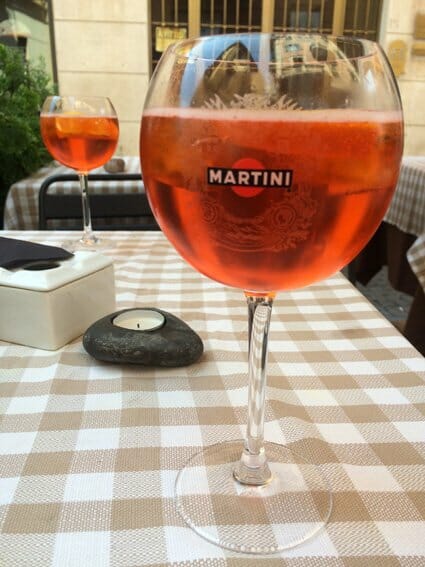 There’s a noticeably stronger drinking culture in Veneto, but not of the ‘get completely trashed’ kind. The popular Aperol spritz isn’t reserved for the evening ‘aperitivo’, but can be enjoyed mid-morning. It’s not unheard of to take a spritz and a tramezzini (small sandwich) around 11.45am!

The region’s capital is Venice, which though magical in its own right, is not the only place to see in Veneto. The historical city of Verona is a must, though the tourists are a lot to contend with, and Vicenza and Padova are equally worthy options.

If I had to sum up my first road trip in 3 words, it would be ‘not long enough’. Italy’s a remarkable country to visit and travel through, with each region and city offering something unique.

I was fortunate to leave with many memorable (good) experiences, and I ‘m already looking forward to the next one.

Have you been on a road trip around Italy? What was your experience like? Leave me a message in the comments, I’d love to hear them! 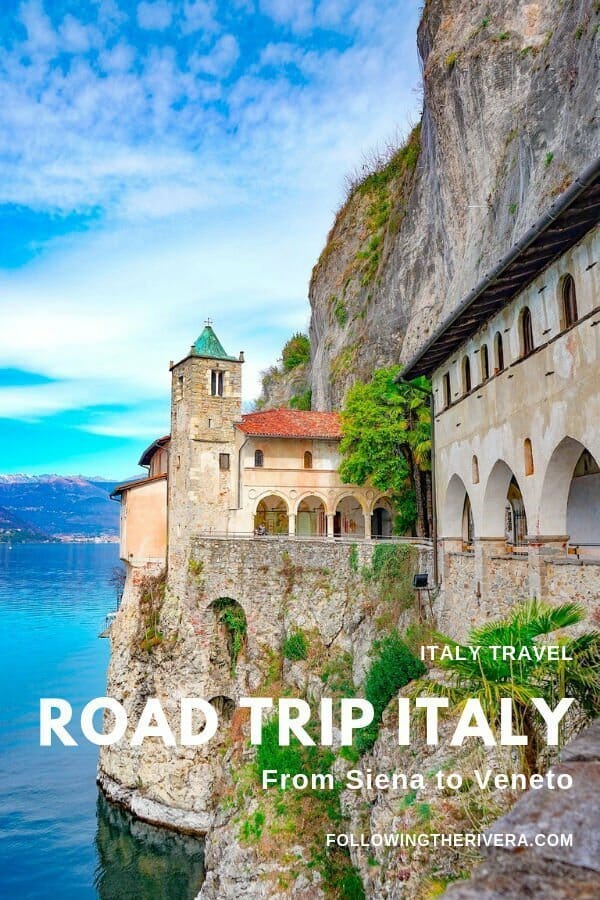 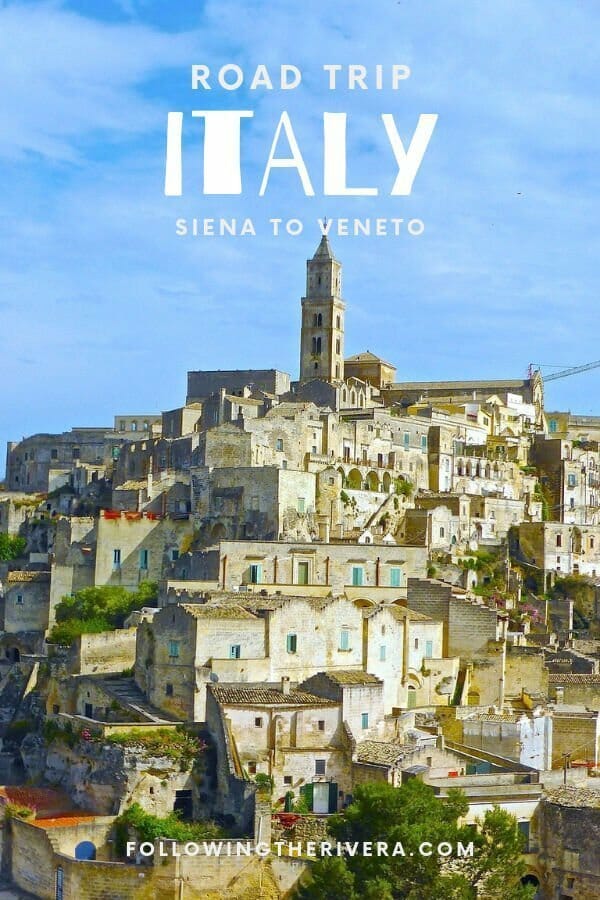