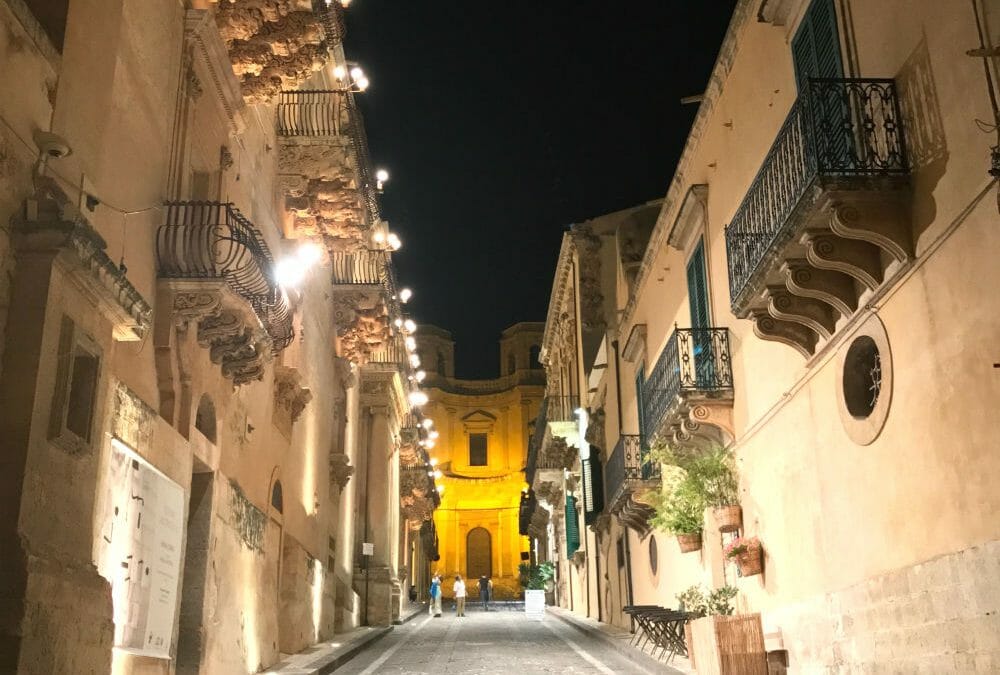 To see some fine examples of architecture in Sicily, the historical city of Noto is a good starting point. Sicilian baroque architecture is everywhere, and you’ll be dumbfounded upon seeing its magnitude in person.

Before visiting, I’d only watched a very brief video about the Noto. But, videos never do justice to seeing the real thing. In person, Sicilian architecture in Noto is nothing but extraordinary.

Noto is in the province of Siracusa, and is around 20 miles from the city of Siracusa. Like much of Sicily, Noto has a rich cultural history, having first been conquered by the Arabs in 866.

It also later became a Christian stronghold after the Arabs were defeated in 1091. The Normans were the last to conquer the city. That said, you can only imagine the mix of influence on the city’s culture, architecture and also its people.

Following the earthquake in 1693, a group of architects were hired to rebuild Noto to become a masterpiece of Sicilian Baroque.

You can’t visit Noto and miss seeing the Sicilian baroque architecture, simply because in the historic center, it’s everywhere. From the many churches to the palatial style buildings, there’s a lot going on. Question is, where do you begin?

Noto Cathedral has to be one of the most impressive cathedrals I’ve seen in Italy. It’s a close second to Siena Cathedral, or the Florence Duomo and is also a breathtaking example of Sicilian architecture. Building of this jaw-dropping structure began in the early 18th century and was completed in 1776.

An exterior of pale yellow limestone, the cathedral’s façade takes on the style of Sicilian baroque. Also take particular note of the grand doorways, which are revivals of 15th century Sicilian architecture. The façade also hints to the style of the Notre-Dame in Versailles.

Constant repairs after the earthquake to Noto Cathedral’s roof, mainly during the 1950s, led to its eventual collapse in 1996. The entire roof and vault of the nave, and also one of the 4 piers supporting the dome, collapsed. It didn’t reopen till 2007.

Upon entering Noto Cathedral, it’s easy to distinguish the contemporary roof and paintings from the older parts.

After visiting the cathedral, you’ll most likely have worked up an appetite. The food and wine culture in Sicily will leave you wanting more. Joining a guided tour like these will let you try the tastiest dishes, led by locals who know best.

“In person, Sicilian architecture in Noto is nothing but extraordinary.” Directly opposite Noto Cathedral is the Ducezio Palace, which is also the town hall. It was designed by Sicilian architect Vincenzo Sinatra in 1746. He took inspiration from the style of French palaces from the 17th century to build the palace. Its oval hall inside has Louis XV-style mirrors also created by another Sicilian craftsman.

His love of Sicilian Baroque and Neo-Classical architecture is evident just by looking at his work. Along with Ducezio Palace, Sinatra also worked on the Church of Monte Vergine and the Church of S. Giovanni Battista.

Without a doubt, the best way to see the historic center of Noto is on foot. Though you can also drive into the city, you’ll be missing out on the quaint streets by staying in the car. Also, the streets are so narrow, you may just spend more time in the car than exploring.

If you’re lucky to visit during the month of May, don’t miss out on the annual flower festival, the Infiorata di Noto.

Every year, the street of Via Nicolaci is adorned with pictures and also ornaments in floral display. Though I wasn’t there for the festival, I still managed to see some streets with hints of Noto’s floral charms.

Via Nicolaci is also home to the spectacular purely Sicilian baroque Villadorata Palace. The residence was once home to Baron Giacomo Nicolaci, a local aristocrat, but today it’s the city’s library.

The 18th century palace has many striking features. Most notably are the wrought-iron balconies and theatrical figures hanging beneath.

See how many different figures you can count. I spotted mermaids, sphinxes and also winged horses. Inside the palace are around 90 rooms, some that are also lavishly decorated, such as the Feast Room.

5. Architecture in Sicily — the churches

Noto is a city with an impressive number of Sicilian baroque churches. You only have to walk for 2 minutes before spotting another in the center. There are several to visit, and can also easily fill up half a day’s itinerary. Santuario Santa Maria Scala del Paradiso and San Corrado fuori le mura are a few noteworthy churches.

Where to eat in Noto

We had an excellent meal eating traditional Sicilian cuisine in Noto at Anche Gli Angeli. The food, wine and service is excellent, and the quirky decor also adds to the dining experience.

Where to stay in Noto Sicily — Villadorata Palace

Follow in our footsteps and book a few nights at the exquisite Seven Rooms Villadorata. This boutique hotel’s in the heart of the historic center, and also offers a bespoke service in stylish surroundings. Above all, it will also make your visit to Noto even more memorable. 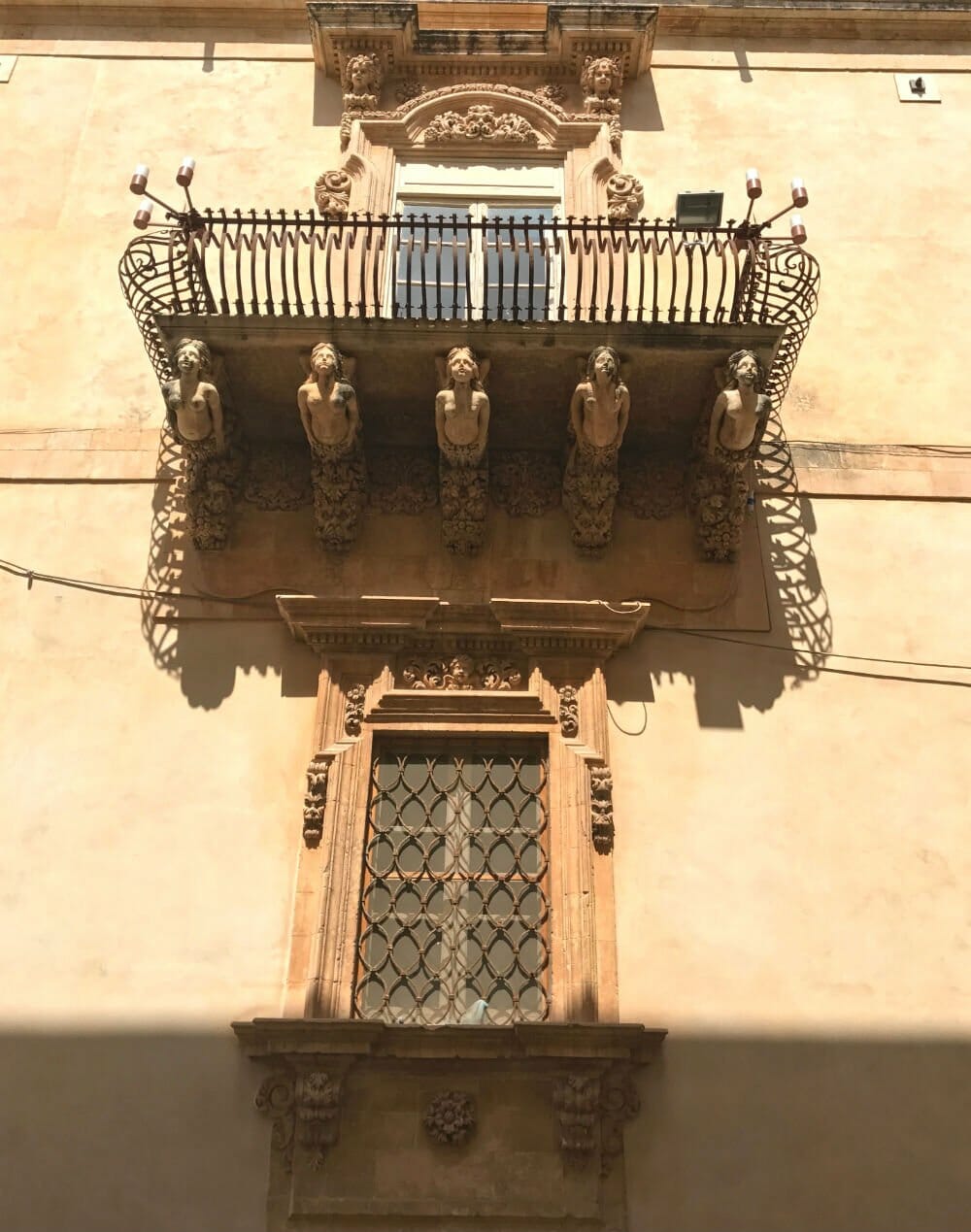 “The 18th century palace has many striking features, most notably its wrought-iron balconies, with the theatrical figures hanging beneath.”

A glamping alternative is the fabulous IUTA Glamping & Farm, just a few minutes’ drive from the center.

Sleep in luxury eco-tents in the surroundings of the Sicilian countryside. It’s your chance to get closer to nature while also still enjoying the best comforts.

What do you think of the architecture in Sicily? Does Sicilian baroque appeal to your inner culture vulture? Let me know in the comments below. 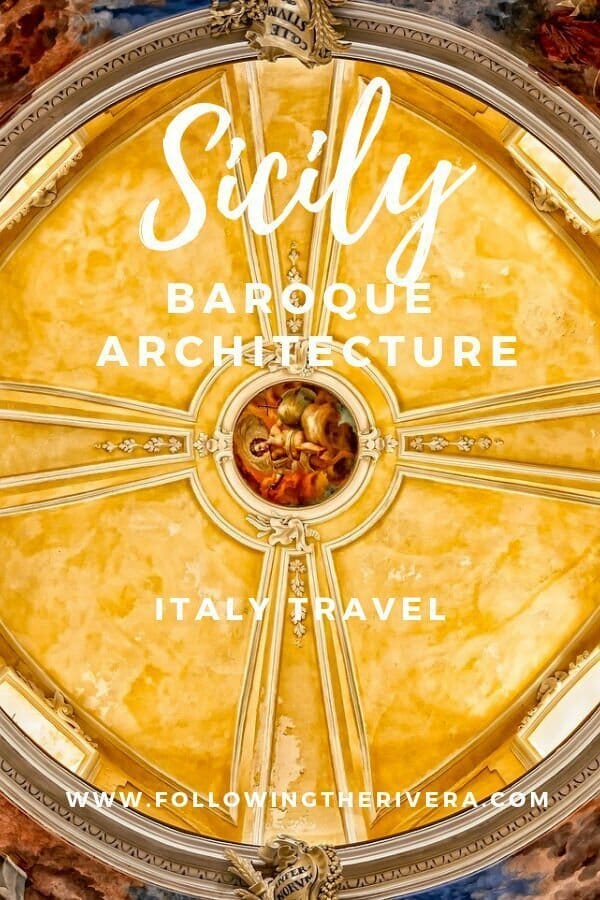 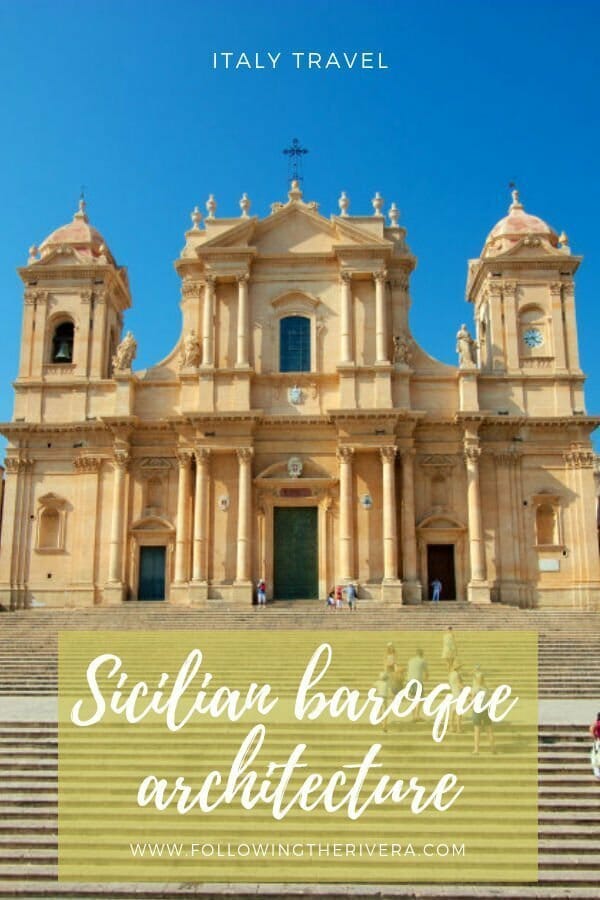 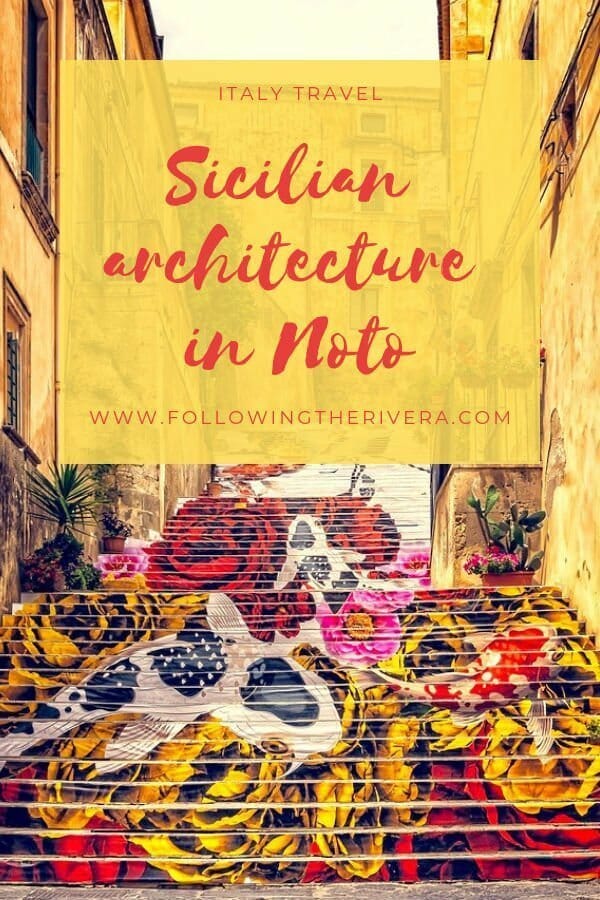