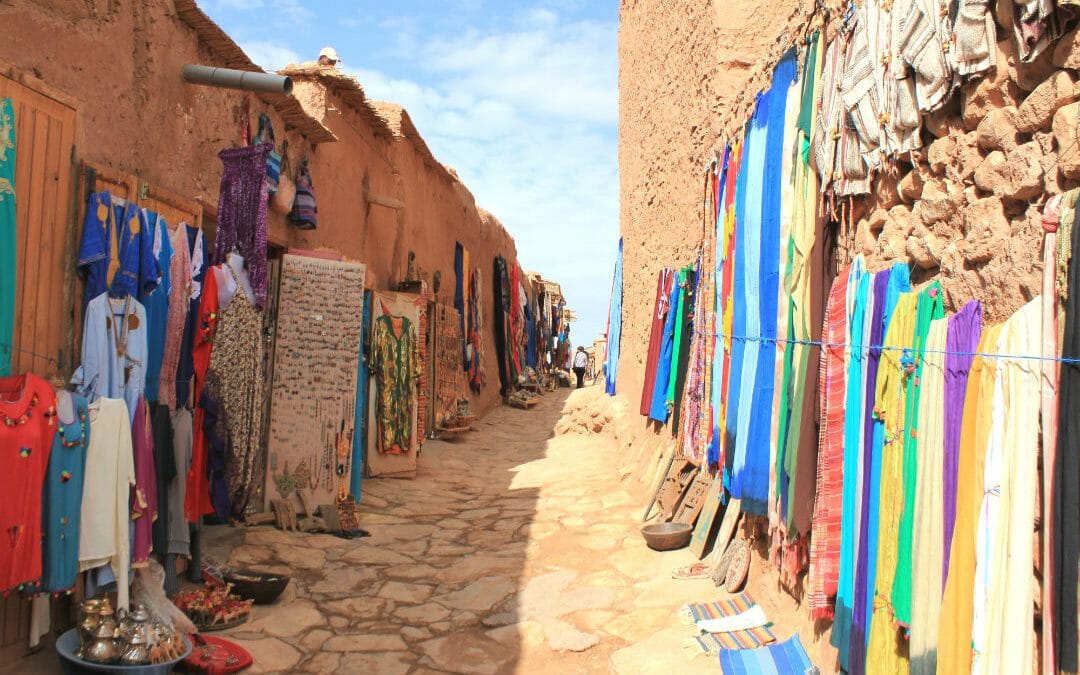 There are always 2 sides of the coin when visiting a country for the first time.

Like most travelers, I choose to see the good, but sometimes it’s hard to miss the not so good things. And, after a long 14-day trip to Morocco, I want to share the top 10 Morocco travel tips that we picked up along our journeys.

A country at the peak of north Africa, Morocco’s tourism industry is one that continues to grow in popularity. But, what some visitors tend to forget, is that Morocco is still a Muslim country and a strict one in parts too.

This might seem like an odd tip to begin with, but one that you’ll hopefully thank me later for.

When you arrive at Marrakech Menara airport, you’ll need to fill out an immigration form as standard. What wasn’t standard, is that there were no pens at the stands with immigration forms.

Unknowingly, many people went straight to the immigration counter, only to be told that they needed to fill out a form first.

With no pens in sight, the situation turned a bit chaotic, with travelers searching frantically in their bag for one. Bringing your own pen means enjoying a calm arrival, and with no delay in exiting the airport.

The main languages they speak in Morocco are Arabic and French.

I also came across many Moroccans (mainly men) that spoke fluent Spanish and Italian — and better than English. There are many that speak (broken) English, but if you know any of the above, you’ll have a slight advantage in communicating better.

In Marrakech, the taxis are yellow, and come in different forms. When hailing a taxi, we never once saw a meter. Instead, we negotiated a price before getting in.

On the one occasion when we didn’t do this, the driver cheekily asked for €20 for a 10-minute ride. Naturally, we said no, as by this point, we already knew how the taxis worked in Marrakech.

Taxis aren’t as cheap as you might think, so if you find Uber available, I advise checking their prices instead.

On one occasion, one driver refused to take us to the Old Medina from the new city (about 6 minutes drive). Another dropped us off at a random place, nowhere near our requested destination. We ended up having to walk another 15 minutes before we arrived at the location.

In spite of telling the driver that we’d pay more for him to take us closer, he wasn’t willing. On the plus side, taxis in Fes do have meters, so you can rest easy that you’re not getting scammed.

5. Driving isn’t for the faint of heart

We spent the majority of our trip doing a road trip around Morocco.

As incredible as it was visiting other places, I’m grateful that my partner was the one behind the wheel. We came plenty of unruly and chaotic drivers, especially when in the cities. If you also plan to hire a car, pay close attention to the vehicles, bicycles and horse and carts in Marrakech.

Another thing we noticed while in Morocco, was that many people didn’t seem to look when crossing the streets. We saw at least 3 road accidents during our travels.

“However, taxis in Fes do have meters, so you can rest assured you’re not being scammed.” 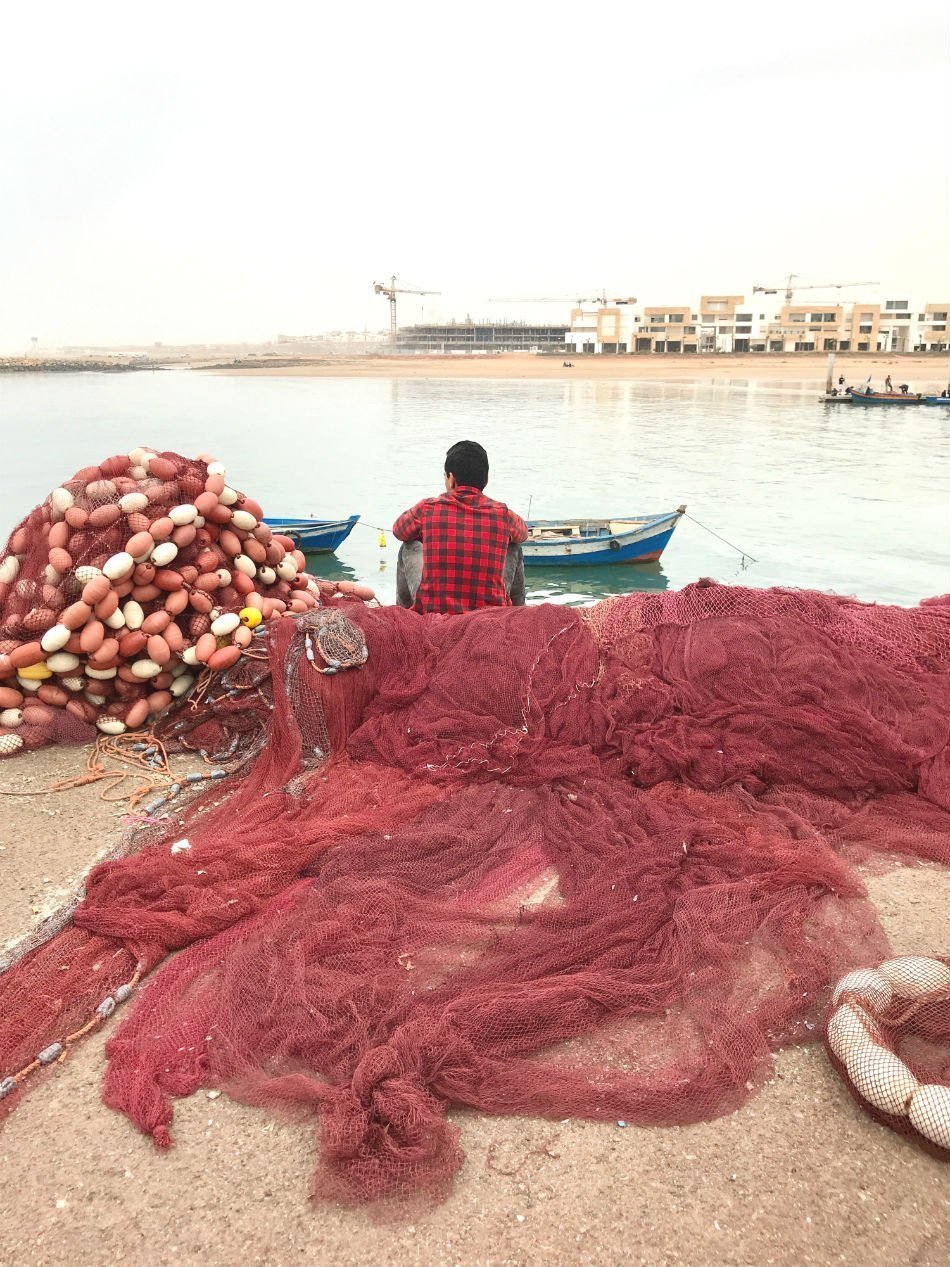 Whenever I’m in a new city (and even at home), I always pretend I know where I’m going. It makes no difference that inside I’m silently shaking and quietly freaking out. Pretending you know where you are, or where you’re going, is a sign of confidence, and one I use often.

Whether walking in the Old Medina or driving in the car, I advise keeping eye contact to a minimum. We’d a few incidences with some young Moroccan guys who approached us aggressively wanting to be our guide.

If you’re prepared to pay for such services, clearly you need to make eye contact. For us, we didn’t want anything from them, and began feeling overwhelmed by the constant repetitive questions.

Of course, there were times when you had to make eye contact. In Fes, 3 men, acting as the ‘parking guide’ (who also asked for more money), wouldn’t leave us alone. We were also sworn at by 2 young boys simply because we didn’t want their help.

7. Don’t open your window, or stop for anyone, when driving,

This might sound like another odd tip, but it’s based on an incident we had on the way to Merzouga.

We’d 1 occasion in the car where we came to stop at a junction. Suddenly, a guy (not police) walked out in front of our car, waving at us to stop.

We made the mistake of rolling down the window. He began telling us that there were 2 ways to Merzouga, though our GPS only showed us 1. For at least 5 minutes he kept trying to convince us to take his route. When he realized we weren’t buying his story, he then asked if we could take his friend to Merzouga.

We don’t know how he knew where we were going, but needless to say, we didn’t take him up on his offer.

The above point makes perfect sense upon finding out that hitchhiking is very common in Morocco.

I don’t know if it’s legal, but we saw many people, including young children, trying to hitchhike. Again, I’d advise not to pick up anyone.

Bad news if you like wine with your dinner. If a riad, hotel or restaurant is in view of a mosque, there’s a high chance they won’t sell alcohol.

We found this out the hard way in Essaouira. In one restaurant we asked for some wine, and the manager gently shook his head.

Learning from others — Morocco travel tips

It was only another Western couple who explained about the mosque being nearby, so no-no to alcohol.

That’s not to say however that you can’t buy your own. I didn’t see any shops selling alcohol, only chain supermarkets like Carrefour. If you want to drink in Morocco, make a stop and stock up while you can.

If you depart Morocco from Marrakech Menara, allow yourself plenty of time to get to the airport. I say this, because there’s a bag check before entering the terminal building, and lines build up very quickly.

“If a riad, hotel or restaurant is in view of a mosque, there’s a high chance they won’t sell alcohol.”

This is on top of having to fill out another form for immigration, plus the usual security checks. I counted at least 4 before arriving in the departure lounge.

Dress accordingly. I always ensure to respect the dress code and culture of any destination I visit. Knowing what to pack, and making a packing list for Morocco can be helpful.

Have you been to Morocco? Are there any other you’d add to the list?