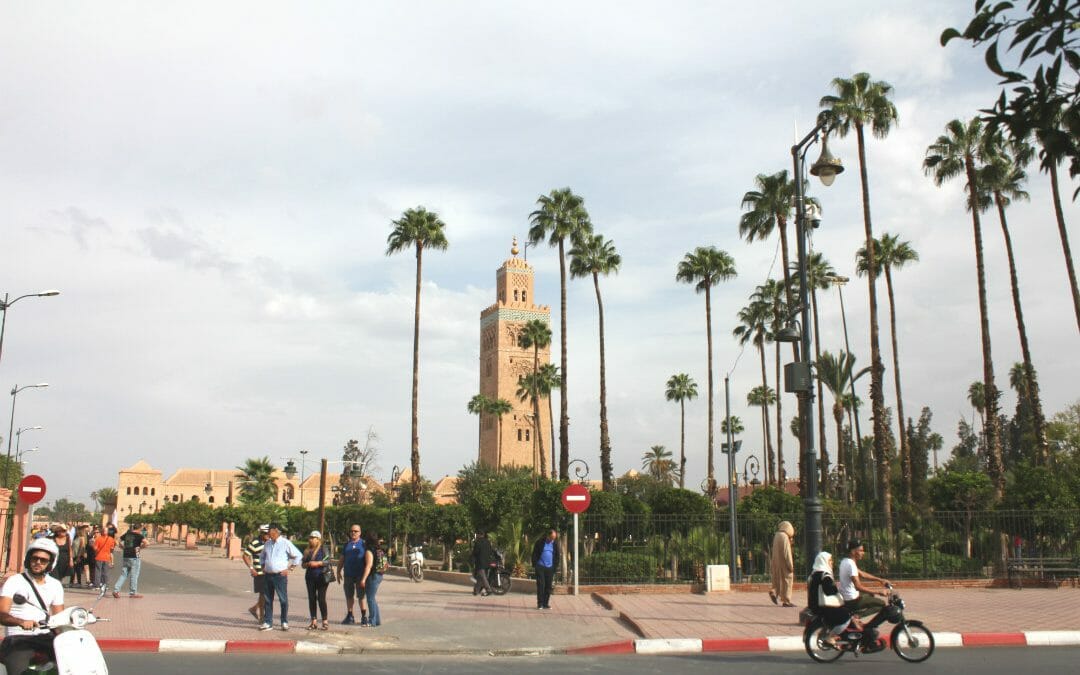 What’s the first thing you do when visiting a new city? Read up on relevant blogs, speak to friends, or look through travel guides? For me, it’s usually a mixture of all 3. However, during our travels to Morocco, we decided to try one of the best Marrakech tours in the city.

Taking a tour, similar to the ones in Toronto and Porto, helps you find your bearings in a new destination. Tour guides provide you with public, as well as plenty of insider, knowledge, not to mention amusing personal anecdotes.

With the help of Get your Guide, we found the perfect tour to suit our itinerary and budget too. There’s a ton of great activities and tours to choose from, but we wanted to see Marrakech’s palaces and monuments.

Bang on 9.30am, our guide for the day arrived to collect us from our riad. Issam, a friendly and well-dressed local, introduced himself before taking us to the van. I was also happy to see only one other couple inside — there’s nothing worse than being on an overcrowded tour.

Our first stop was to the awesome Koutoubia Mosque in the heart of Marrakech. You’ll come across many mosques when in Marrakech, but this one particularly stands out. It’s the largest mosque in the city, and right by the famous Jemaa El Fna souk. We met our main guide there — a wonderfully warm local named Fouad.

The sign of a good tour guide — Marrakech tours

I immediately warmed to his laid-back yet informative style. Fouad gave us some interesting background regarding Islam, and the colonial influence of the French in Morocco. His direct way of storytelling is a quality I really enjoy in a tour guide. Fouad was also open to answering all our questions, and gave us sufficient time to take photos.

Taking a tour around Marrakech or Morocco is also a good idea for female solo travelers. You’ll feel safer and more comfortable in numbers, and will also meet other like-minded travelers.

“Every room is guaranteed to make your jaw drop, but the main attraction is the Chamber of the 12 Pillars.” 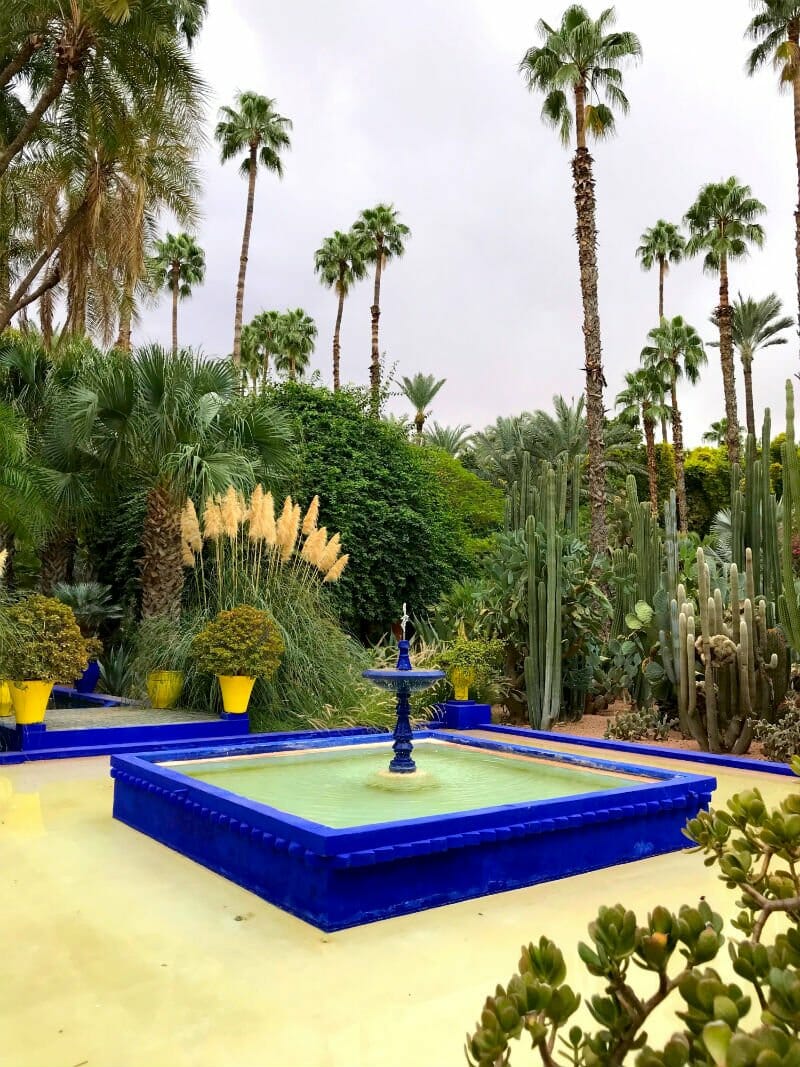 “The flora and fauna in the garden are species that don’t grow naturally in Morocco.”

A tour of Marrakech most iconic palaces and monuments 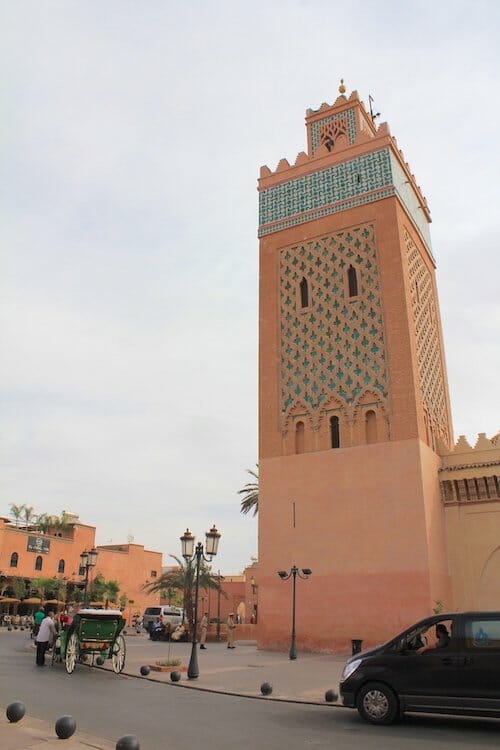 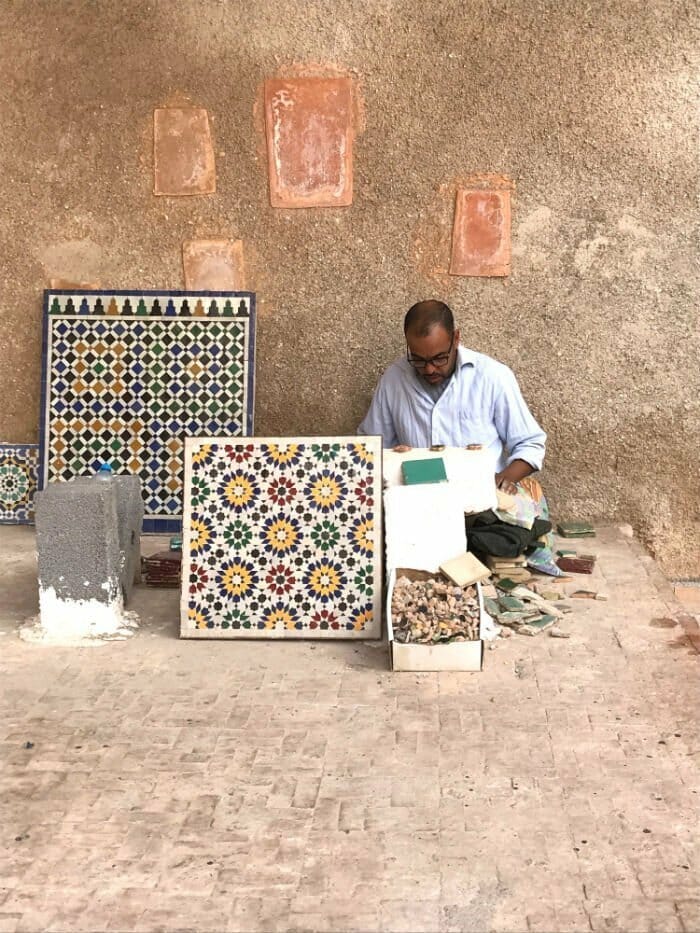 Given we’d started the tour early, the temperature was perfect to walk to our next attraction.

Fouad gave us the scenic tour of Marrakech, plus entertaining commentary too. It was a great opportunity to take in all the sights and sounds of a typical morning in the city.

Watch the local sellers making traditional Moroccan pancakes for breakfast, and the men catching up over mint tea. It’s the type of scene that comes to life when touring with a local.

One of the oldest mosques in Marrakech — Marrakech tours

The walk took us past another prominent mosque in Marrakech, Moulay El Yazid, also known as Kasbah Mosque. It’s one of the oldest mosques — built in 1190 — and well-known in the city. As with all mosques, it’s forbidden for non-Muslims to enter.

Our second stop on the tour was the Saadian Tombs. The mausoleum’s home to 60 members of the Saadian Dynasty, including the tomb of sultan Ahmad al-Mansur. Every room’s guaranteed to make your jaw drop, but the main attraction is the Chamber of the 12 Pillars.

Italian Carrara marble twinned with pure gold on the pillars captures your gaze as you enter. You can’t actually enter the chamber, but instead have to wait in line to catch a glimpse.

We spent around 40 minutes here at the Saadian tombs. It’s more than enough time to see each room, admire the symmetry of gardens and take photos. Having Fouad to inform us was really helpful, as I saw no descriptions in the tombs.

Top tip: The line for the Chamber of the 12 Pillars gets busy very quickly. Fouad advised us to line up first, and see the rest of the tombs after. 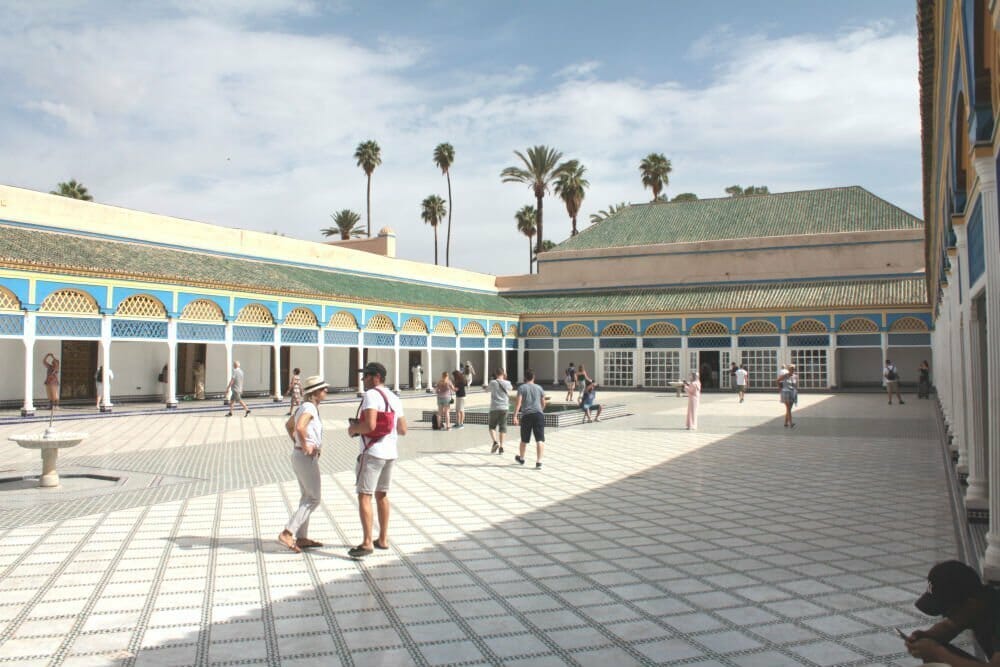 Upon leaving the Saadian Tombs, we walked through Marrakech’s red city walls. It was another chance for us to learn more about the country’s history, and to also take more photos.

Walking into Bahia Palace is a quiet retreat from the busy streets outside its gates.

Meaning ‘brilliance’, the palace took the name of the grand vizier, Si Moussa’s, first wife. Bahia Palace was built in a Moroccan and Islamic style in the late 19th century. Its intention was to be one of the greatest palaces of all time.

Given that the palace was built for personal use, you get a real in-depth look at life behind its walls. The many rooms in the palace face a courtyard and actually belonged to Moussa’s concubines.

What’s also interesting is that, concubines in this period typically came from rich families. Fouad explained that Moussa’s concubines were treated like royalty throughout their lifespan.

Immerse yourself in the calm and splendor of the palace’s garden. There’s 8,000m2 to explore, and though not easy with many tourists, it’s still possible to take some great photos.

Top tip: Wear comfortable walking shoes. At this point in the tour, the walk from the Saadian Tombs to Bahia Palace was slightly longer. We also walked through a busy street market, with some uneven surfaces in the road.

After a welcome stop for lunch, we continued to the final place on the tour. By this point, Fouad had said his goodbyes and Issam took us to Majorelle Gardens.

Walking into this 12-acre botanical garden, it’s hard not to be immediately captivated by the scene.

“Walking into this 12-acre botanical garden, it’s hard not to be immediately captivated by the scene.”

The designer, Jacques Majorelle, created this garden and landscape bursting with colour and foliage. The flora and fauna in the garden are species that don’t grow naturally in Morocco.

Laurent is said to have loved the gardens, so much so, that his ashes were scattered here when he died in 2008. The monument to the designer is a feature in the gardens, and the tranquillity of the place is almost a fitting tribute.

I recommend spending 25 to 35 minutes here. Even with the number of tourists, I found it more than enough time to take everything in.

Why booking a Marrakech tour is a good idea

Issam and Fouad reminded me why having a local guide can really make a difference. Not only did we learn about Marrakech palaces and monuments, but we also enjoyed their hospitality and humor.

Are you looking for accommodation in Marrakech? For a real taste of Moroccan luxury and hospitality, the excellent Riad Farnatchi is one to consider.

Disclaimer: Even though I was invited by Get your Guide, all views are my own and based on my own experience. This post may contain affiliate links, which means I may receive a commission if you click a link and purchase something that I’ve recommended. Thank you for your support.