5 things you didn’t know about the Bahamas

5 things you may not know about the Bahamas

The Bahamas is one of those places that trigger the impression of a paradise destination. Endless days of sunshine and translucent blue waters, it’s easy to see why many descend upon its shores each year.

Commonly known for its popularity among cruise enthusiasts and sun worshippers, the Bahamas was never high on my travel list. However, I soon discovered there was more to the country during a stay at the Cape Santa Beach Resort. So, in homage to my trip to the colorful Bahamas, here are some things I learned along the way.

5 facts you may not know about the Bahamas

There are a lot of islands

Before visiting the Bahamas, I was completely unaware of the number of islands in the country. As it turns out, there are a lot — around 700. That said, it’s more than likely you’ll need to fly from Nassau to your hotel or resort. However, out of the 700, only about 30 are inhabited. These islands include Eleuthera, Cat Island, San Salvador Island, and Exuma.

The archipelago has a land area of 13,943 km2. There are around 700 islands and islets, and more than 2,000 coral reefs, or ‘cays’ as they’re known. While there are of course no land borders, the Bahamas does share maritime borders. Its neighbors include Cuba, Haiti, the US and the UK (Turks and Caicos Islands).

The capital, Nassau, is on the island of New Providence. All international flights arrive here, as do most cruise liners. Discover the Bahamas from the people who know it best by booking a local tour.

They have their own lingo

While English is the official language of the Bahamas, they also speak their own dialect called Bahamianese. It’s a mixture of English and Creole, but to me, sounds like broken English, with some words joined together!

Also, given the country’s history under British rule, most people learn and speak British English, rather than the American equivalent.

During my time in the Bahamas, I came across a few of the local phrases. Some of my favourites include:

‘Boongy’: Be careful how you use this word, as it refers to the derriere! Most Bahamanians do use it in a jovial context, ie ‘sit your boongy down!’ so it’s usually said in jest.

‘Smudder’: From looking at the word, it’s hard to tell whether it has a positive or negative connotation. In the overall context, it’s positive. If you hear ‘smudder grouper’ in a restaurant, you’ll be trying the local fish covered in a rich tomato sauce.

“…the country does have more for its guests, other than on-deck entertainment. You just have to know where to look.” 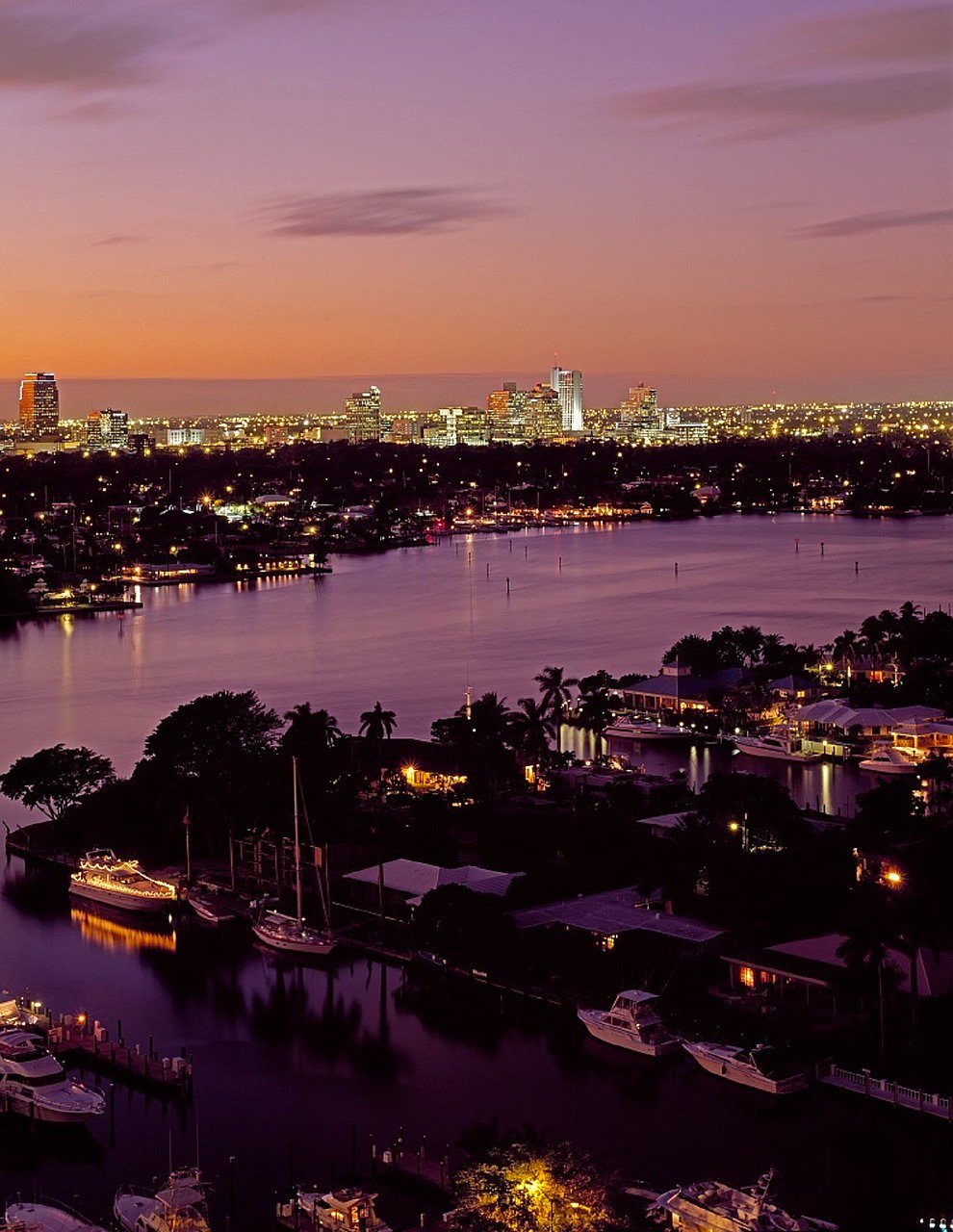 It’s a short flight from Florida

To my surprise, and delight, Nassau’s only a 35-minute flight from Fort Lauderdale in Florida.

We flew the national airline, Bahamas Air, and enjoyed the very short flight from the US. A simple yet important tip — be sure to take a pen with you. Similar to my experience in Morocco, there were none around in the terminal to fill out the immigration cards.

Also, if you do need to connect to fly to another island, check the domestic flight times before booking. Some domestic flights only fly 2 times a day from Nassau. We waited around 3 1/2 hours for our flight in the airport, which felt much longer than it sounds!

Be sure to also double check the route on the way back to Nassau. Our plane stopped at another island on the way back, but thankfully, we didn’t miss our connecting flight. Bottom line: check flight times carefully.

Bahamas is more than a cruise ship destination

Given its popularity for being a stop for cruise liners, it’s easy to think the Bahamas doesn’t offer much else. However, the country does have more for its guests, other than on-deck entertainment. You just have to know where to look.

Take the lesser busy island of San Salvador. It offers the ‘less commercial’ traveler a slice of local life. Like Long Island, Christopher Columbus first discovered San Salvador in 1492. At that time, its inhabitants were the original people of the island, the Lucayan.

San Salvador has a population of around 940 people, and plenty of sandy beaches that are still remote. That said, there’s definitely no danger of fighting over beach space here!

For snorkeling and diving enthusiasts, there’s activities to suit all levels. San Salvador has many shallow water reefs, meaning snorkelers can observe the sea life without any scuba equipment. More experienced divers can satisfy their adventurous side by exploring steep drop-offs on the western coast of the island.

It has unique cultural traditions

Every 26 December and New Year’s Day, the islands of the Bahamas celebrate Junkanoo. It’s a boisterous street parade with booming music, bright bold costumes and plenty of dancing.

The roots of the festival are said to come from the Akan people from Ghana, west Africa. This is reflected in the costumes worn by party-goers and band players.

Historians trace the origins of the festival back to the time of slavery, when slaves would mark the Christmas holidays with their own form of dance. After emancipation, the people continued the tradition, turning it into an annual, organized parade.

Other Caribbean nations — like Jamaica — also celebrate Junkanoo, as do several black American communities with Bahamian ancestry in the US.

And something extra – The Bahamas has an interesting fusion cuisine

While in the Bahamas, I probably ate 1/3 of my body weight in grouper. This is the local fish they serve in the islands, and you can find it everywhere.

Whether fried, grilled or sautéed, it’s a versatile fish that goes well with many Bahamian dishes.

“If you love seafood, you have to try conch. It’s essentially a sea snail with firm white flesh.”

One popular meal is boiled grouper, served with Johnnycake (cornmeal flatbread), or grits (maize porridge). A few of the side dishes like macaroni cheese, coleslaw and grits originate from the American south.

If you love seafood, you have to try conch. It’s essentially a sea snail with firm white flesh. It also happens to be the national dish of the Bahamas.

There are endless ways to serve — and eat — conch. Steamed, stewed or deep-fried, there’s a method for all. Personally, I tried it raw, with a splash of fresh lime juice, and loved it.

In the instance you want something a little more warming, the local soups are full of flavor. Souse is a soup made from chicken, lime, potatoes and pepper, while the split pea soup is also a classic.

Looking for a place to stay in the Bahamas?

We spent a week at the 4-star Cape Santa Maria Beach Resort on Long Island. Other resorts also worth considering include The Cove Eleuthera and the French Leave Resort, also on Eleuthera. Both are in walking distance of pristine beaches, family-run restaurants and boutique shops.

For the ultimate luxury experience in the Bahamas, there’s one resort that tops them all. Kamalame Cay is a 96-acre private island off the central coast of Andros Island.

In truth, it’s not the easiest place to reach —you need to fly by helicopter or seaplane to get there. However, the reward far outweighs the journey.

The luxury boutique hotel has its own over-water spa, tennis court and marina. That, plus the beachfront villas are so luxurious yet comfortable, you probably won’t want to leave.

Have you ever traveled to the Bahamas? Is there anything you didn’t know before visiting? Leave me a comment in the section below, I’d love to hear from you!

Disclosure: This post may contain affiliate links, which means I may receive a commission if you click a link and purchase something that I’ve recommended. Thank you for your continued support. 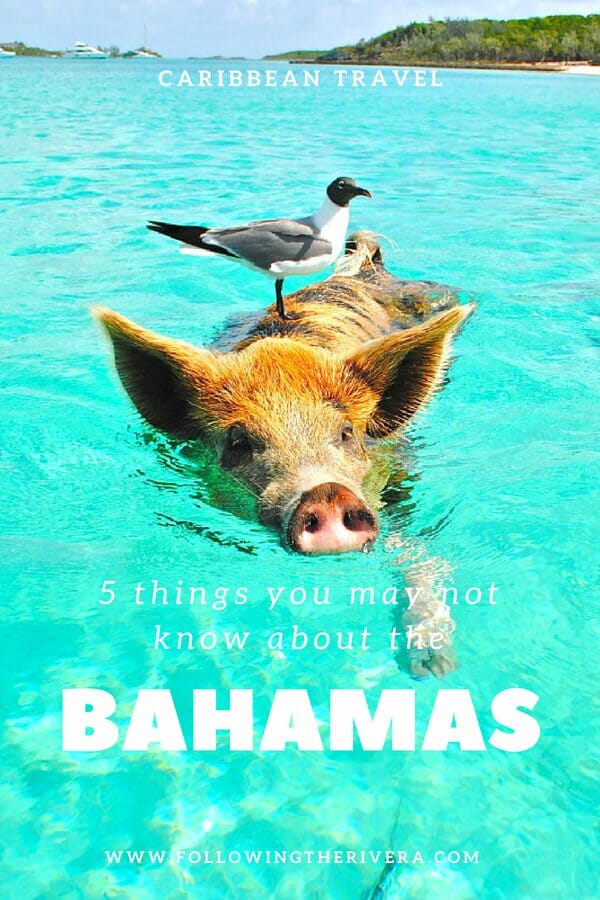 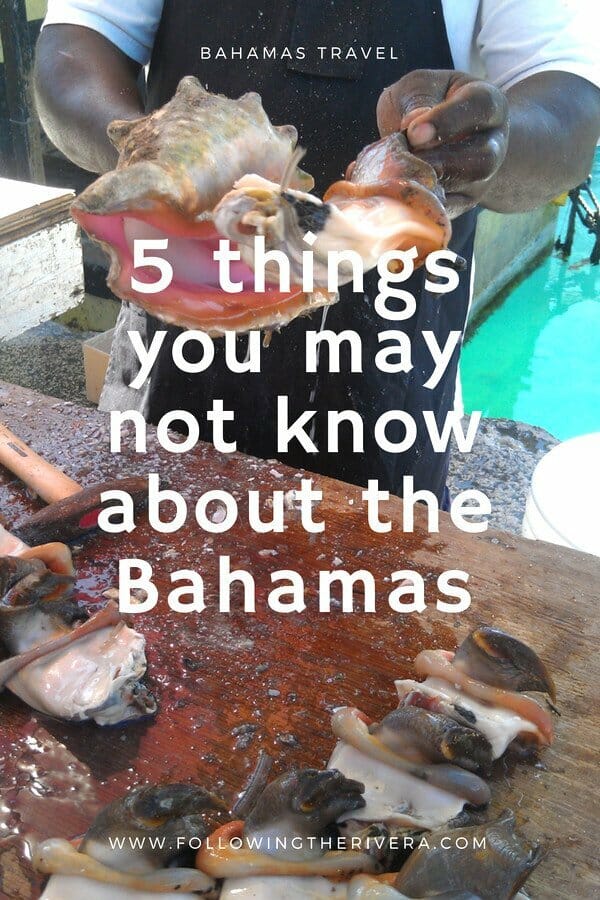