How to dress in Jakarta as a woman 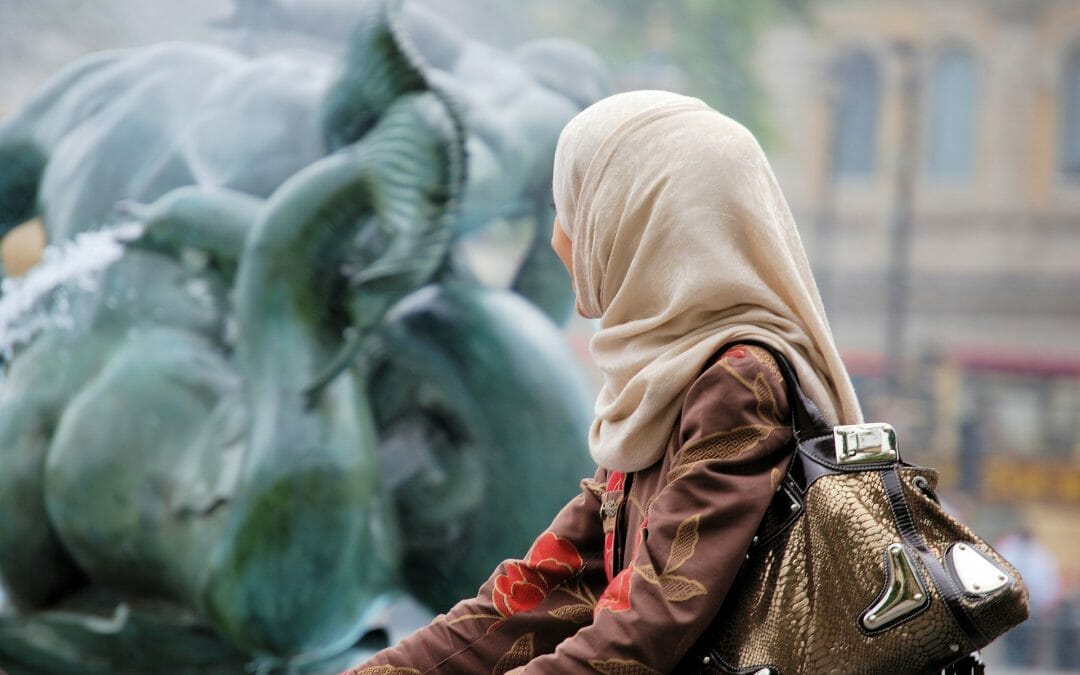 In May 2016, I visited the Indonesia capital of Jakarta for the first time. Though a short trip, it was one in which I learned very quickly how to dress in Jakarta. It was also a trip where I learned about the women’s dress code in Indonesia.


We struggled to shake off the jet-lag after a 14-hour flight from London, particularly in the uncomfortable heat and humidity. The majority of clothes we’d packed were suited for summer: shorts, t-shirts etc. I’d been to South-East Asia before, and knew how to pack appropriately for the weather. 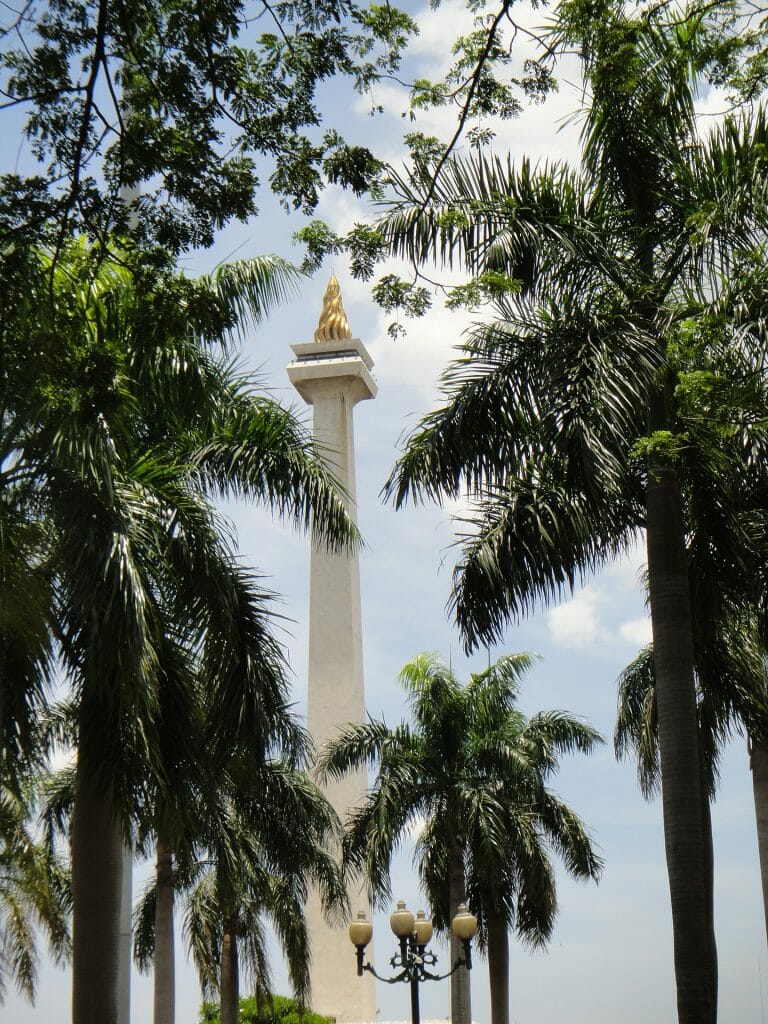 Can I wear shorts in Jakarta (as a woman)?

To answer the question: no. Sadly, however, this only applies to women. My partner (male) wore shorts and no-one battered an eyelid. Overall, my experience in Jakarta wasn’t a comfortable one, and I’m in no hurry to return.

With one day in Jakarta, we’d planned to see the National Monument and the Istiqlal Mosque. The temperature around 10am was already in the early 30s (Celsius) and I remember perspiring with every step. I was wearing shorts (knee length), a loose vest top and sneakers.

The first time I’d noticed people staring at me, was when walking around the city centre. I paid little attention as I’d learned from previous travels that it was more to do with curiosity than anything else.


As we continued to explore the area – with few western tourists – I began to feel more self-conscious. The harmless glances had turn into fixated stares, some of which felt judgemental in nature. These were from men, as well as young women.


Trying hard to ignore it became increasingly difficult as my partner started noticing it too. He also treated it lightly at first, but felt differently after we passed a group of men sitting by the mosque. I felt their eyes looking me up and down – and it wasn’t out of admiration for my sneakers. We started hearing wolf whistling and some of the men even began following closely behind. Though my face didn’t show it, I felt very intimidated. To make it clear, we’d no intention of entering the mosque, or any other place of worship dressed the way I was.

The right way to dress in Jakarta

There’s only one word to best describe the style in which women should dress in Jakarta: conservative. Any type of clothing, including tight jeans, will draw attention. Even though you may see young Indonesian women wearing jeans, as a foreigner, the spotlight’s immediately on you.

Additional items of clothing for women visiting Jakarta include:

I also suggest bringing a sun hat when visiting Jakarta and Indonesia in general. It not only protects from the strong sun, but it also covers your hair when outdoors. Again, as a foreign non-Muslim woman, having my hair uncovered made me stand out more.


I’ve traveled before to many countries that are just as conservative in nature, and alone. However, Jakarta was the first place I’d ever been where I felt so uncomfortable, despite traveling with a man. The only difference between Jakarta and the other conservative places I’d been to was the religious factor. I was more than aware I was traveling to a Muslim country, and a strict one at that.

While there are no legal laws about clothing, there seems to be an unwritten women’s dress code in Indonesia. As we were going to Bali straight after, I didn’t think too much about clothes for Jakarta. Lesson learnt. In hindsight, I should’ve been better prepared.


At the time, I didn’t think my choice of clothing was deserving of the looks and reactions I received. The humidity was so unbearable that the thought of covering up never even crossed my mind. Having said that, I see myself as a conscientious traveler and respect the culture of any country I visit. I never thought of my outfit as inappropriate, but a friend of mine back home didn’t feel the same way.

A friend of mine, who is French and of Algerian and Moroccan descent, reacted differently to my story. A practicing Muslim, she pulled me up on 2 points. She asked whether I was aware of Indonesia being a strict Muslim country, and whether I’d packed any ‘halal clothes’. I answered yes to the first question, and raised an eyebrow at the second. I’d never heard the term before.

How to dress in a Muslim country: ‘Halal’ clothes anyone?

She explained that she always packs ‘halal’ clothes whenever she travels. This is typically clothing that’s loose-fitting and covers up a woman’s modesty. My friend suggested that I should’ve worn something more ‘halal’, like a maxi dress and covered up. I disagreed.

The truth is, I thought the clothing I’d packed was loose-fitting. Aside from swimwear and underwear, the shorts/vest tops and dresses in my suitcase were not fitted.

I do however hold my hands up to not having done better research. I should’ve been better prepared, especially as a traveler, and more as a writer. It doesn’t matter whether you’ve visiting for 2 days or 2 weeks: etiquette is etiquette.

Where do you stand?

I’m usually the first to comment on respecting other cultures when traveling, but on this occasion I feel a bit divided. I plan to take on board my friend’s points 100%, though I still consider myself a respectful traveler.

There’s been many (frustrating) times when I’ve come across tourists who don’t respect the country they’re visiting. Take case in point a previous trip to Bangkok. I’ll never forget the Russian female tourists who refused to cover their arms before entering a Buddhist temple. Despite being provided beautiful sarongs to cover up for a short time, they outright refused.

My views have nothing to do with religion either. I dress appropriately whether I’m in Belgium or Bahrain and will continue to do so. As for Jakarta, I can’t see myself visiting again anytime soon – but if I do, I’ll be sure to prepare a set of ‘halal’ clothes.

Do you have an opinion on the topic? Let me know your thoughts in the comments below. 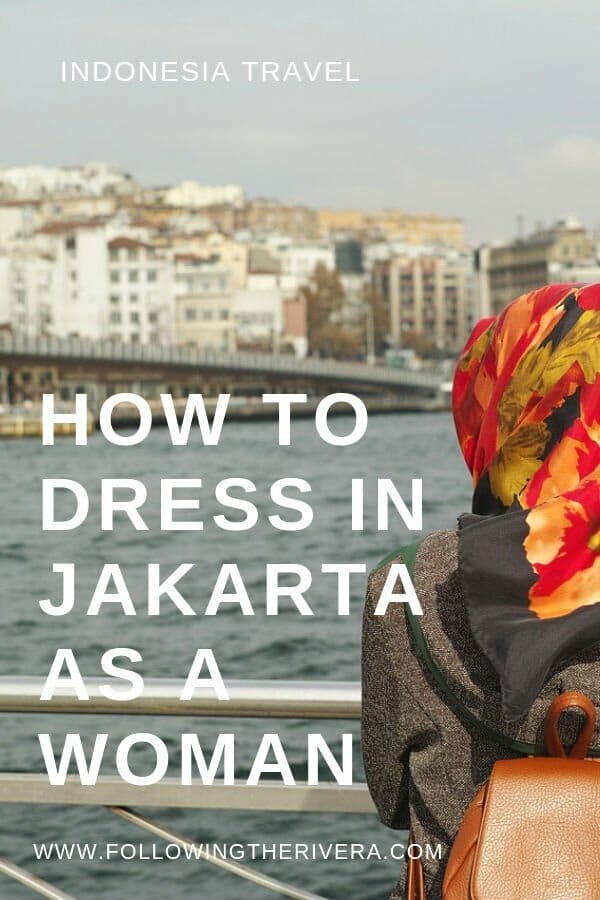 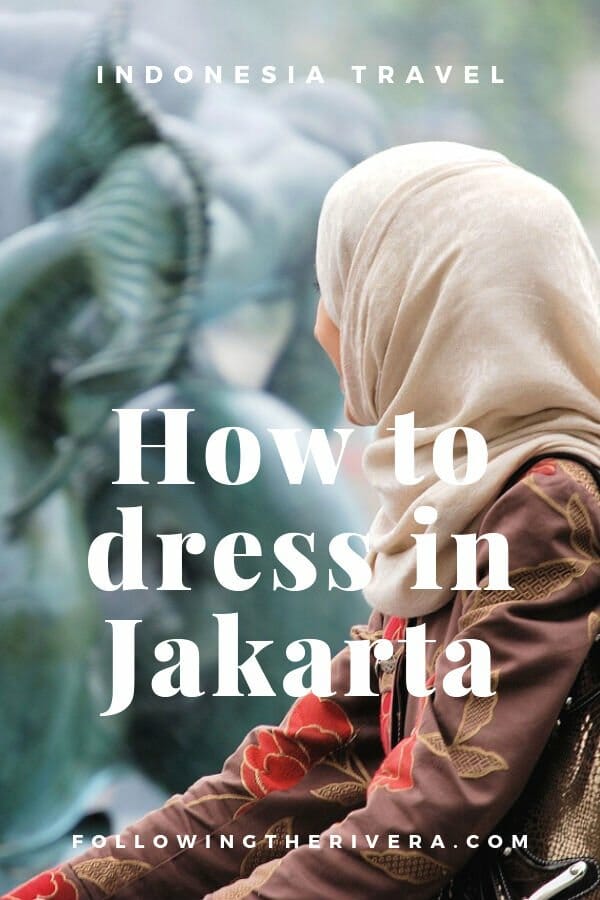