6 best things to do in Rabat — a medina, mausoleum and a feast 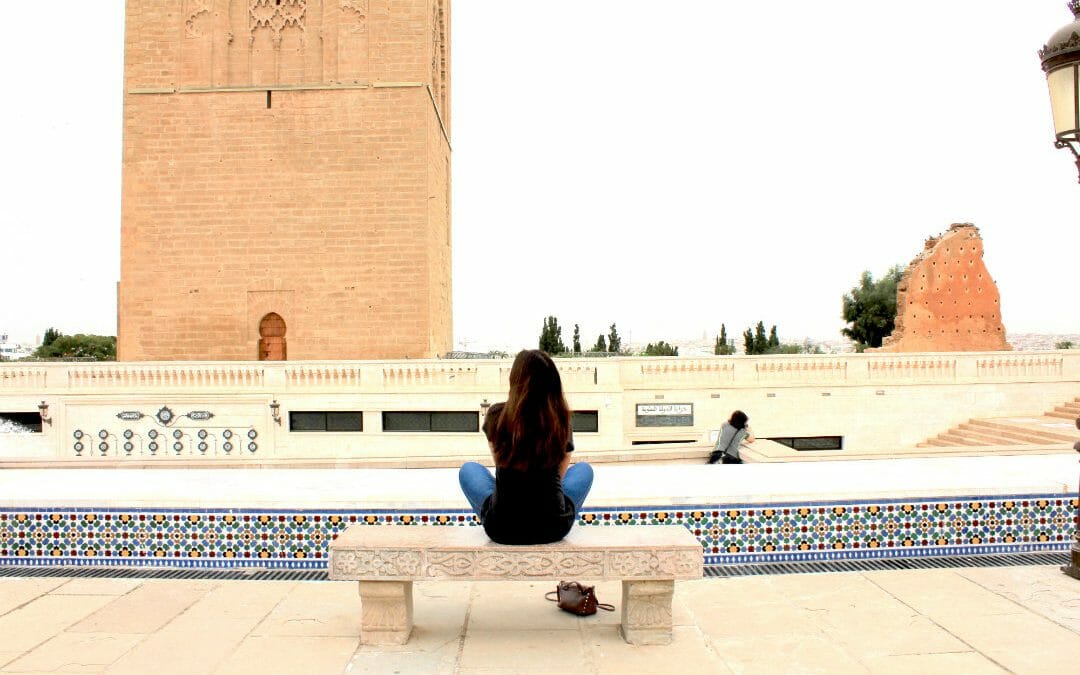 Table of contents hide
First impressions of Rabat
The best area to stay in Rabat
1. Get lost in the old medina
2. Walk along Rabat harbor
3. Eat at Chow at Le Dhow
4. Kasbah des Oudais
5. Hassan Tower and the Mausoleum of Mohammed V
6. End on a Moroccan feast

Of all the places we’d visited on our road trip around Morocco in October, Rabat surprised us the most.

One of the biggest surprises is that the majority of the top sights are free. Rabat’s a great choice not only for the budget-conscious traveler, but also for families watching their finances.

After leaving behind the vibrant, yet chaotic city of Fes, I’d zero expectations of what would be waiting for us in the capital city.

A member of staff at the wonderful Riad Anata said that Rabat had a more chilled atmosphere, and she was right.

We’d also find out that the capital’s more liberal with women — Moroccan and foreigners — in terms of dress and demeanor.

There’s definitely an air of grandeur as you drive into the heart of Rabat.

On our particular route, we passed by the seemingly endless palatial residence and its manicured lawns of King Mohammad VI. A city more spacious in feel, it’s also possible to see views of minarets and buildings in development.

The best area to stay in Rabat

The Medina’s not only authentic, but it’s also close to the other main sights in Rabat.

We stayed at the 4-star boutique hotel, Riad Senso, about 100m from the main souk. A quiet hotel in the center of the Medina, each room carries its own personality. It’s a fine example of understated Moroccan style.

Service is impeccable and the staff do their best to cater to your every need. If you’ve enough time, take a glass of wine on the upstairs terrace.

The seating area’s intimate and never busy. Ideal for introverts and romantic couple time too.

We had a really comfortable stay, and enjoyed the mammoth Moroccan breakfast that waited outside our room the next morning.

“…each room carries its own personality, and is a perfect example of understated Moroccan style.”

“It’s a place to stop and admire the fishing boats on the water, and the signs of life all around.”

“Kasbah des Oudais is a mini version of the city, though with more white walls mixed with the blue.”

“The building’s a dazzling white, with a green tiled roof, to represent the colour of Islam.” 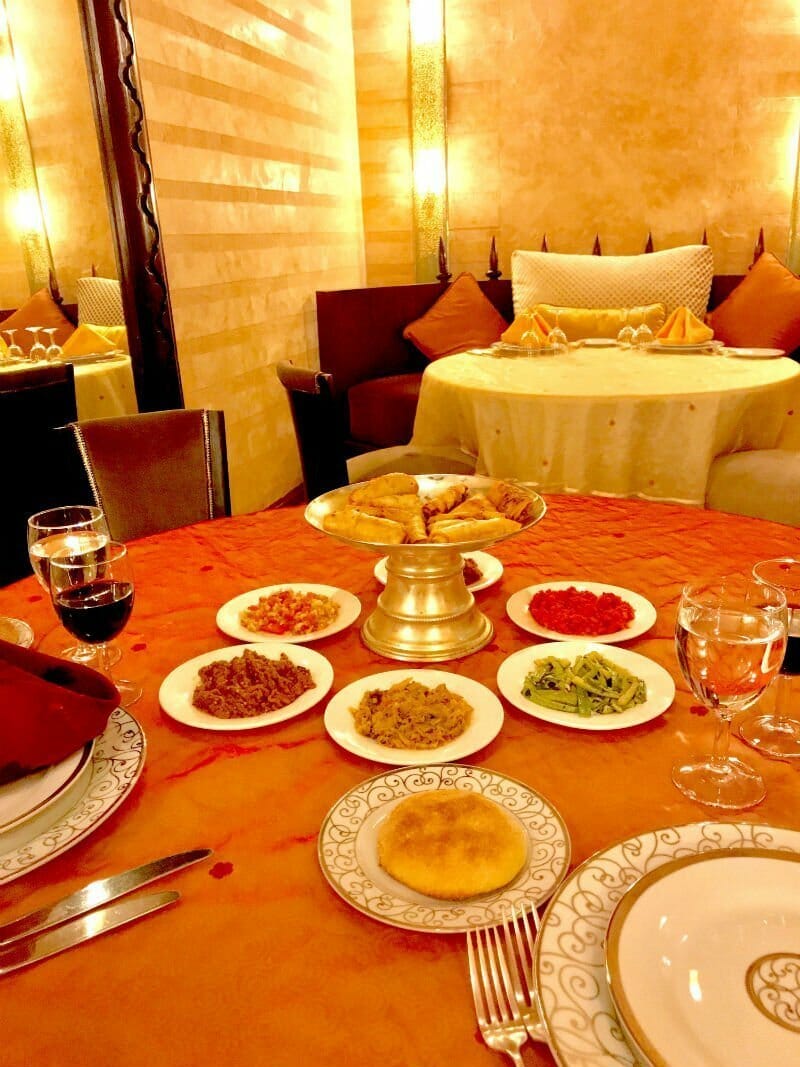 “…Le Ziryab offers fine dining in sumptuous Moroccan style — but at a cost.”

1. Get lost in the old medina

A no-brainer, especially if you’re staying in the area, is exploring the labyrinth of the old medina. The alleyways here seem a lot cleaner than the ones in Marrakech and Fes, but the energy’s no different.

In around 5 minutes’ walk from the riad, you arrive at the junction of the souk.

Browse, or buy, at the souk — things to do in Rabat

A succession of smells, sights and sounds lift your senses as you decide which way to go. Whatever direction you choose, there’s always something to grab your attention.

From the sellers making Moroccan pancakes, to the robust smell of leather goods, you can’t visit Rabat without visiting.

At the souk in Rabat, you can shop and browse in peace. Unlike in Fes, no market seller hounded us, or tried to guide us away.

It was so different, that at one shoe stall, I actually had to look for someone to help us. Shopping in Rabat was an enjoyable and stress-free experience.

The souks are full of goods, it’s less touristy, and they don’t care where you’re from.

If, like us, you travel to Rabat in October, be sure to take a leisurely stroll along Rabat harbor.

Just across from the Old Medina, there’s a welcoming calm in the air that I didn’t find elsewhere in Morocco.

It’s a place to stop and admire the fishing boats on the water, and local life up close. 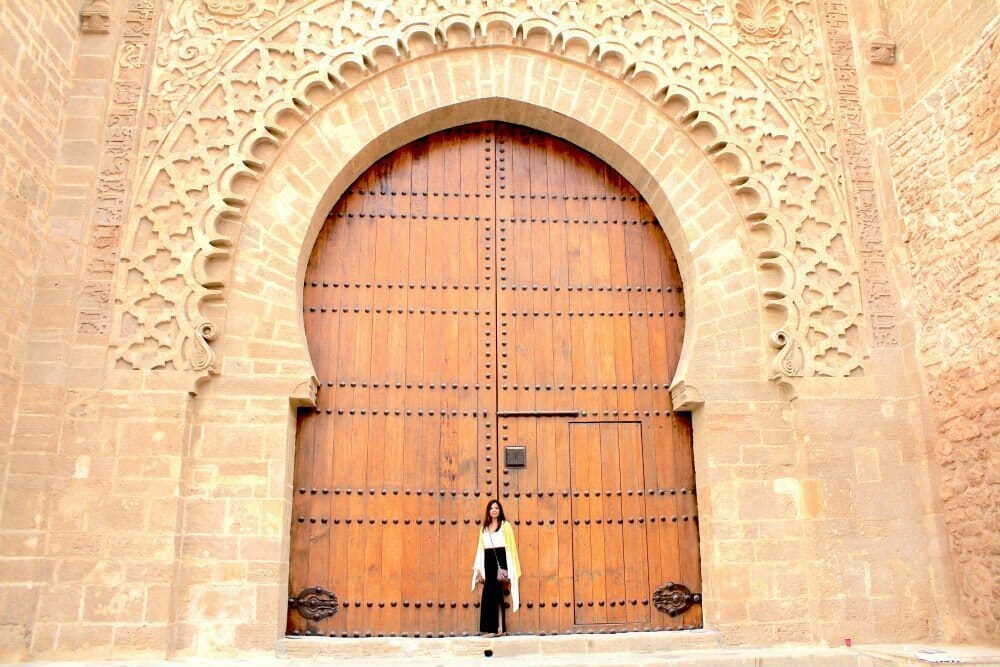 Most travel guides point to Le Dhow as a good place to eat and drink, and after visiting, I can confirm it’s true.

This large wooden pirate boat turned floating restaurant is popular with the locals, offering views across the water.

The seating areas are plentiful, and if possible, grab the best seat of the house: the front of the boat.

Unfortunately, it wasn’t possible to get to the famous blue city of Chefchaouen. However, we did get the consolation prize in Rabat.

The neighborhood of Kasbah des Oudais is a mini version of Chefchaouen.

Granted, there are more white walls mixed with the blue, but it’s still a fascinating quarter to explore.

You’ll also most likely meet a few locals that will try to be your personal guide in Kasbah des Oudais.

Take it from me, there’s no need for one and you can see everything on your own.

5. Hassan Tower and the Mausoleum of Mohammed V

Hassan Tower is an icon in Rabat, and one attraction that’s a must see.

It represents an unfinished mosque, which was supposed to be the largest minaret, and part of the largest mosque, in the world.

However, after the death of Sultan Abu Yusuf Yakub al-Mansur in 1199, all construction was stopped.

The tower stands at 44m and is made of the red sandstone that’s popular all over Morocco.

The pillars that remain make for some great photos, and shows the scale of the complex size.

Go inside — things to do in Rabat

The minaret’s part of this impressive complex that’s also home to the Mausoleum of Mohammed V.

It’s the resting place of the king and his 2 sons, King Hassan II, and Prince Abdallah.

The building’s a dazzling white, with a green tiled roof, to represent the color of Islam.

“Most travel guides point to Le Dhow as a good place to eat and drink, and after visiting, I can confirm it’s true.”

You can walk inside the strikingly stunning building of reds and golds, and admire the tombs below. The ambience is calm, peaceful, and totally fitting for a resting place.

6. End on a Moroccan feast

There are some excellent choices for restaurants in Rabat, one of them being Le Ziryab.

Like many of the good restaurants in Rabat, they only offer a set menu, and not a la carte. That said, check beforehand if you can choose dishes, or whether there’s only the set menu option.

Stuffed but satisfied — things to do in Rabat

We decided to choose the ‘smaller’ set menu for 2. This included a selection of 5 Moroccan salads, a fragrant chicken tagine with a 7-vegetable couscous. For dessert, we enjoyed a creamy pastry followed by baklava and Moroccan tea.

We left Le Ziryab so full — yet satisfied — that we had to walk around the Medina a few times. Regardless, it was worth every bite and I’d return again, just with looser fitting clothing.

What do you think of Rabat? Would you like to visit the Moroccan capital? Drop me a comment below and let me know. 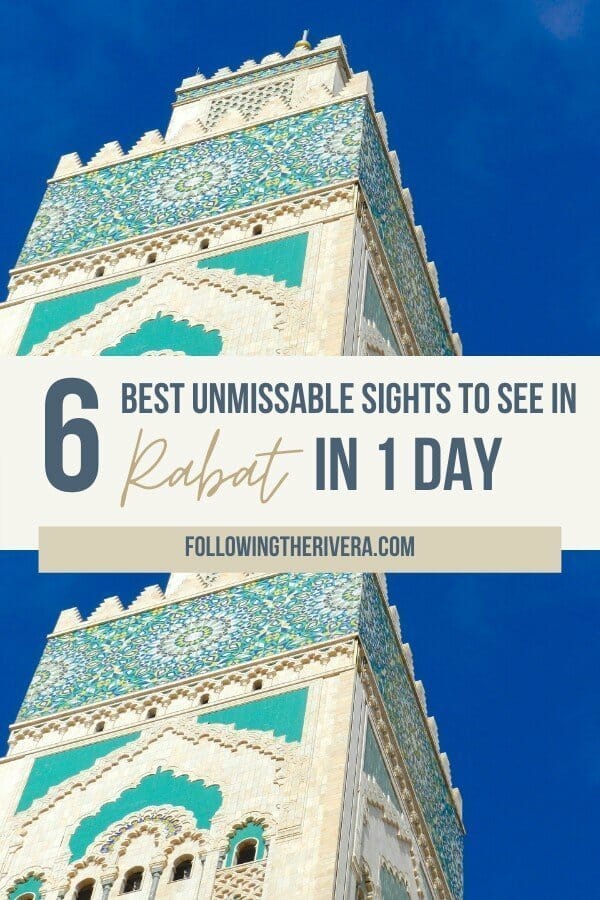