There’s a slight bohemian feel in surroundings as you arrive outside H15 Boutique Hotel Warsaw. The tree-lined, pebbled streets with vegan restaurants and bars is a fitting area for a 5-star luxury boutique hotel.

Modern in feel, yet Polish in character, it reminds me of the quaint streets around the Mitte area of Berlin.

The history behind the 19th century building is also quite remarkable. Before World War I, the patriotic youth of Poland used it as a base to discuss regaining its independence.

Then in 1924, the Soviet Union bought the building, transforming it into its official embassy. During the period, you could also see the carved figures of peasants and workers at the top of the columns.

After the Russian occupation came the Nazi Germans in 1941. The building was overtaken by the Third Reich, but luckily was spared destruction in the aftermath of the Warsaw Uprising.

Where is H15 Boutique Hotel?

H15 Boutique Hotel’s central location is within walking distance of attractions like the Palace of Culture and Science. Warsaw central train station is also nearby, ideal if you’re planning on visiting Krakow or Gdansk.

The area itself is full of charming independent shops and eateries. Vegans are also spoiled for foodie choices, with nearby Tel Aviv Urban Food and Youmiko Vegan Sushi.

Indoor food court and all-round hangout, Hala Koszyki, is around a 5-minute walk. Try a taste of traditional Polish fare, or something more international, like Spanish or even Indian cuisine.

Upon entering its doors, you’re greeted — first by the warmth from the heating, followed by the reception staff. A hallway leads to a brightly colored dining and seating area, with high ceilings, natural light, and charming interior pieces.

The number of rooms available (47) at H15 Boutique Hotel reinforces its boutique title. Occupancy is also around 80%, even during the quieter periods. It was mid-morning when we arrived, and with only the hotel staff in sight. For a brief moment, we felt the hotel was just for us.

Related post – 5 fun things to do in Warsaw in winter

There are several types of accommodation available at H15 Boutique Hotel.

They range from a classic standard room, all the way to the 2-bedroom penthouse on the top floor.

Regardless of which room you choose, each embraces a colorful ‘style of the contemporary 1950’s’, complete with high-end furnishings. 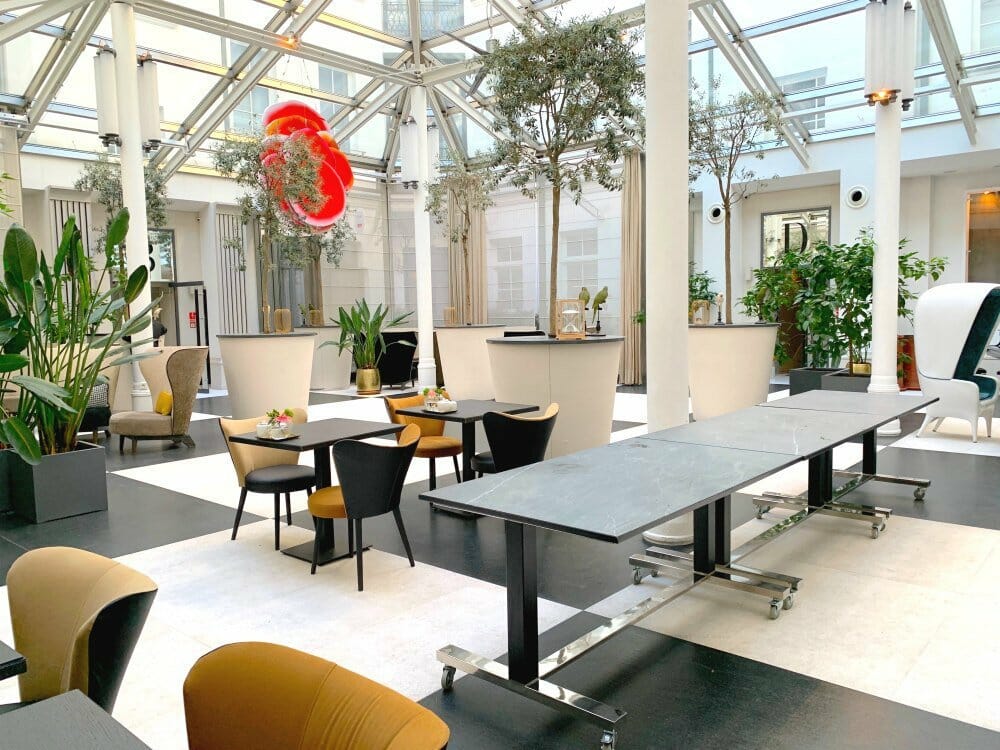 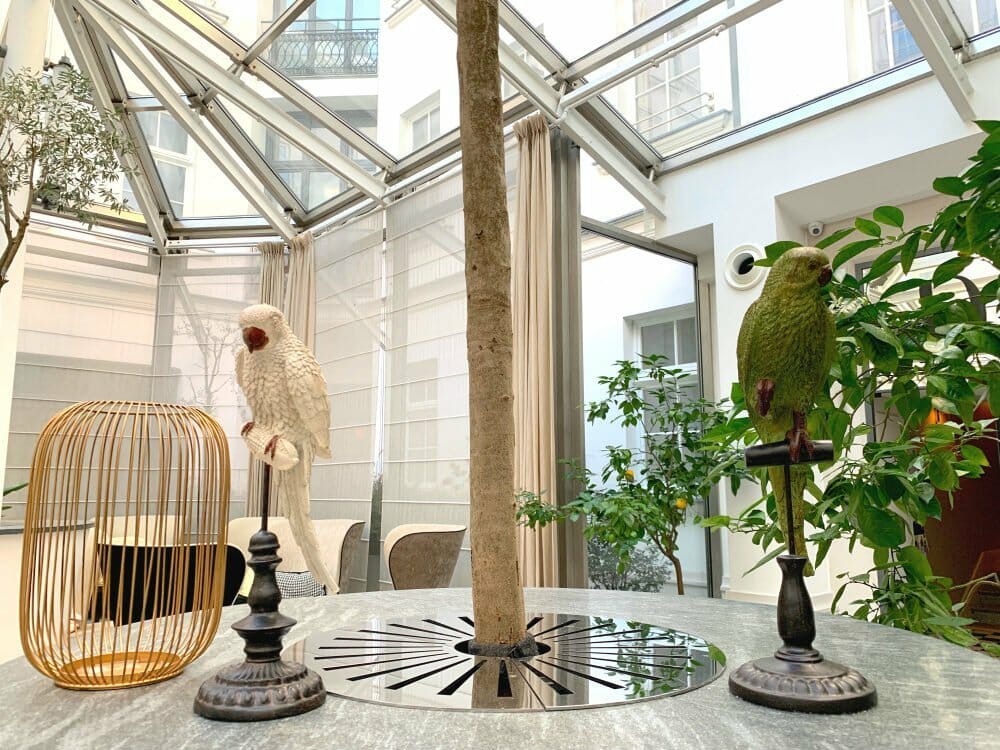 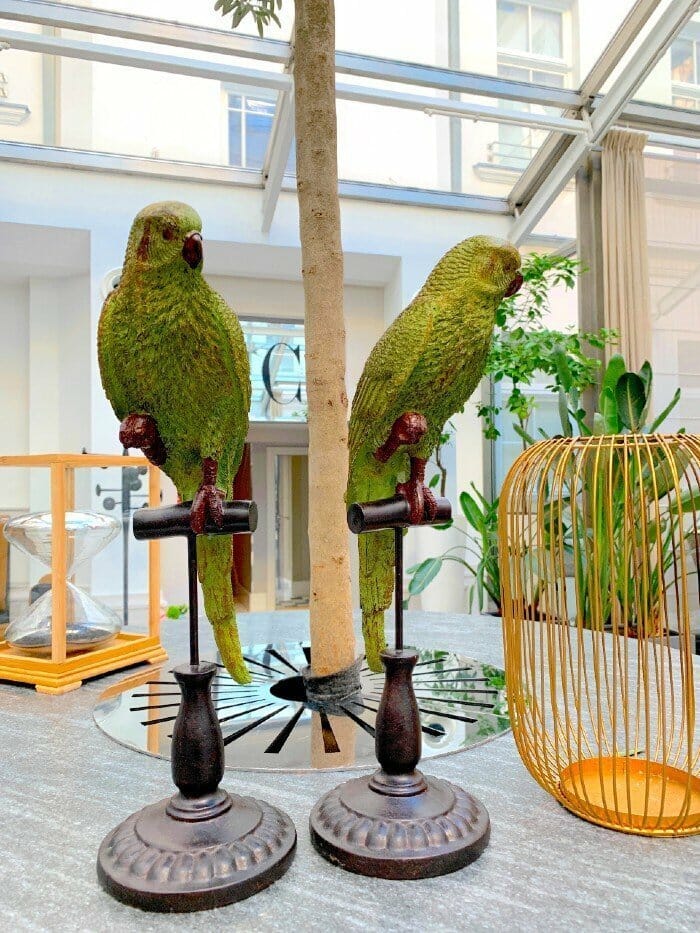 I never know how to feel when I enter a suite that’s either bigger, or chicer, than my own apartment.

Our Superior Junior Suite ticked both boxes, and I instantly wished we were staying longer.

The suite’s furnished with Italian-made furniture, and has a living room with kitchenette area, separate bedroom and incredible marble bathroom. I’m awarding it ‘incredible’ due to its size, design, toiletries (L’Occitane), steam-less mirror and also heated flooring. 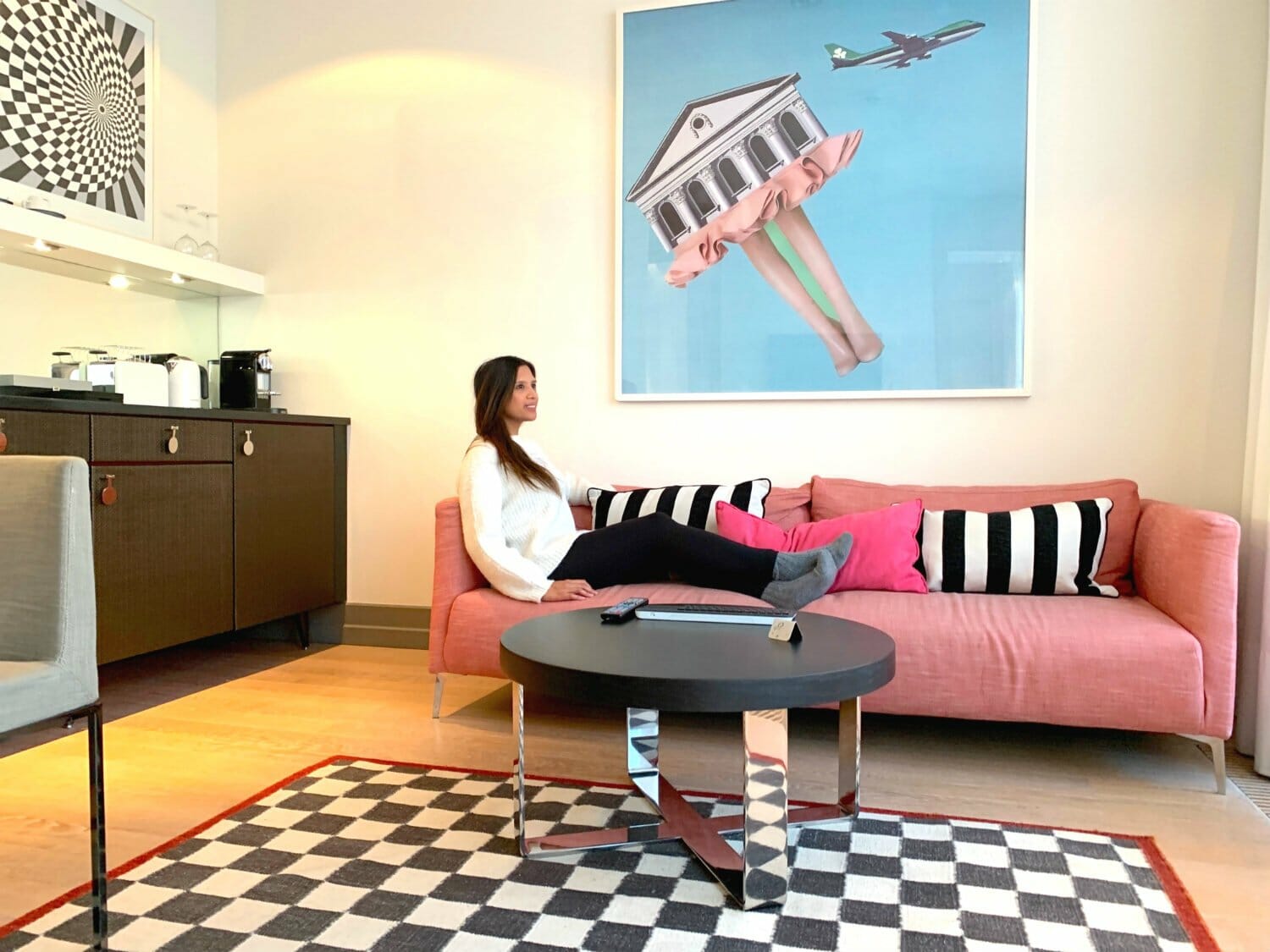 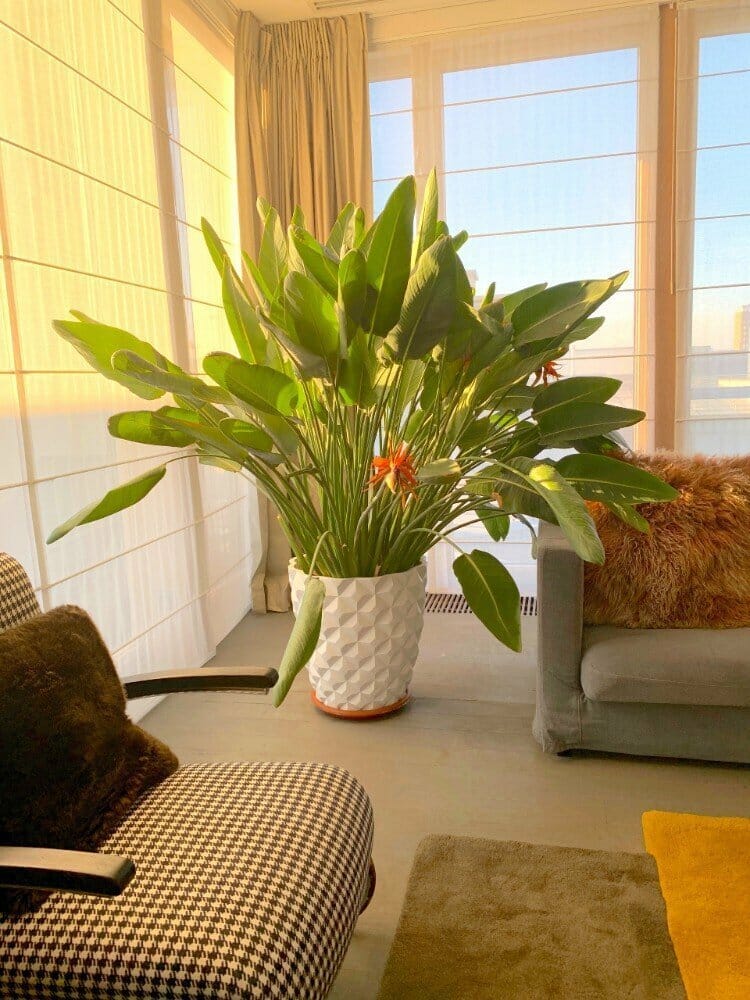 Inside is a triple foldout sofa, perfect for flopping down on after a full day’s exploring. Individually designed artwork adorns the walls, and the kitchen/bar area is also stocked with everything you could need.

Enjoy a morning cup of tea or Nespresso coffee, keep hydrated with the complimentary water, or indulge in the mini bar. Prices are more than reasonable too with the Polish zloty, so you can also raid the contents, guilt free.

One in-room feature you’re sure to find useful, is the complimentary smartphone available for guests. It’s powered by Handy, and lets you makes unlimited local and international calls, with unlimited mobile internet.

What’s more, it features a city guide to help navigate your surroundings, and also has exclusive discounts and offers. It’s something I hope more hotels will embrace, as it removes the necessity of having to search for free WiFi.

“Upon entering its doors, you’re greeted — first by the warmth from the heating, followed by the reception staff. “

The bedroom at H15 Boutique Hotel 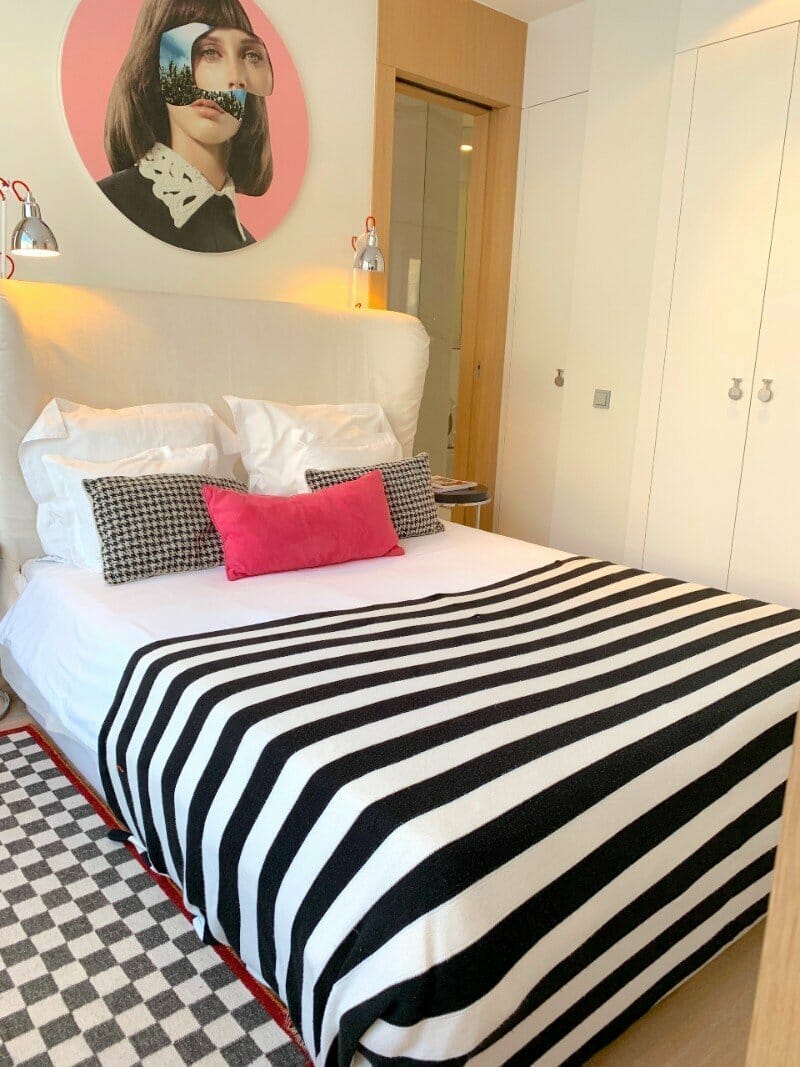 Spacious and inviting, I think I fell asleep within minutes after turning off the lights. Be sure to also check out its pillow menu on the bedside table. They have options including memory foam and anti-allergy.

Related post – What to pack for Poland in winter 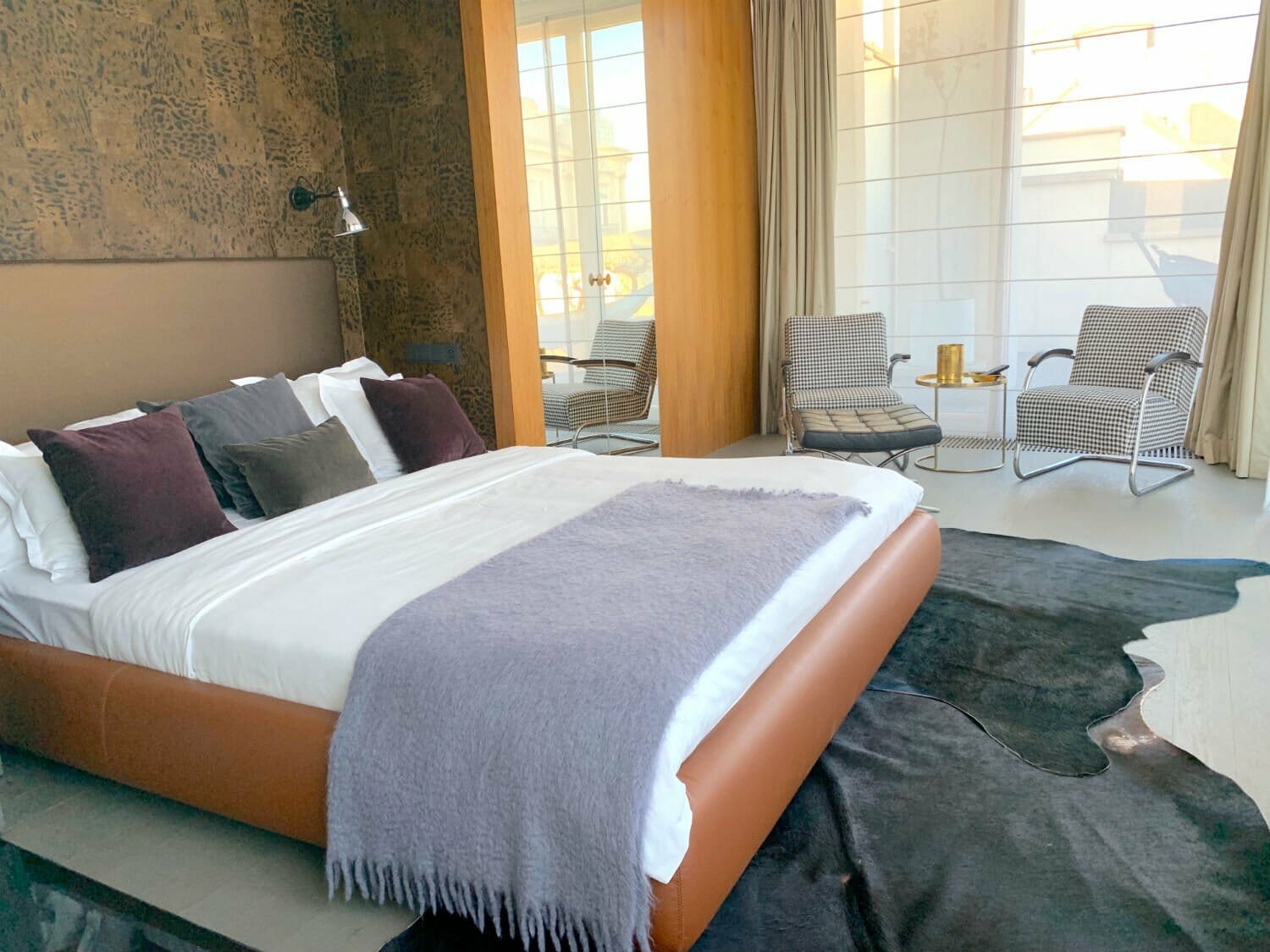 If I could, I’d make every meal breakfast.

And, when you see the selection on offer at H15 Boutique Hotel, you may just feel the same. Our breakfast wasn’t included in the price, so if you want it, indicate this when you make your booking.

My advice here is to pace yourself. You’ll find the main breakfast bar in the dining area/lobby, and there a lot of tempting things on offer. From healthy granola and yogurt, to Polish kielbasa, baked beans and homemade bread, it’s a tough choice.

On top of that, the waitress will come to your table and ask if you want anything cooked to order. Unable to resist, I ordered a mushroom, bell pepper and cheese omelette.

There are also healthier breakfast beverages like freshly squeezed orange and/or carrot juice. The friendly staff are on hand to serve quality teas and coffees to provide your morning caffeine kick. 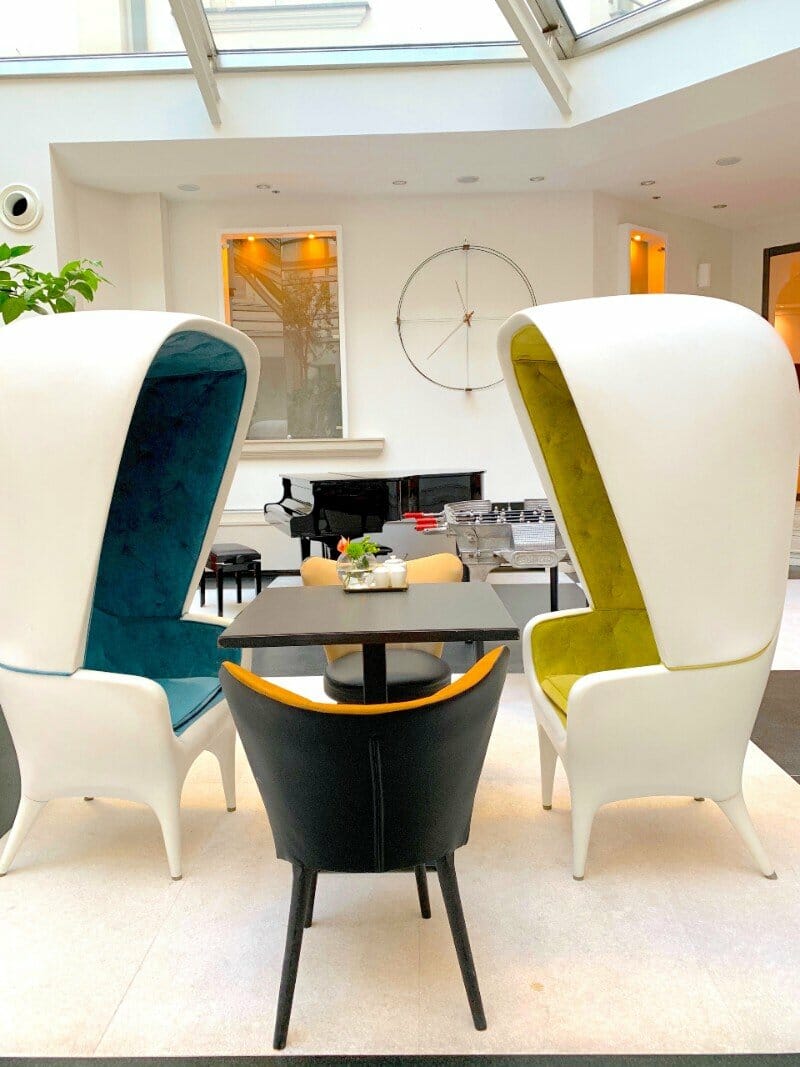 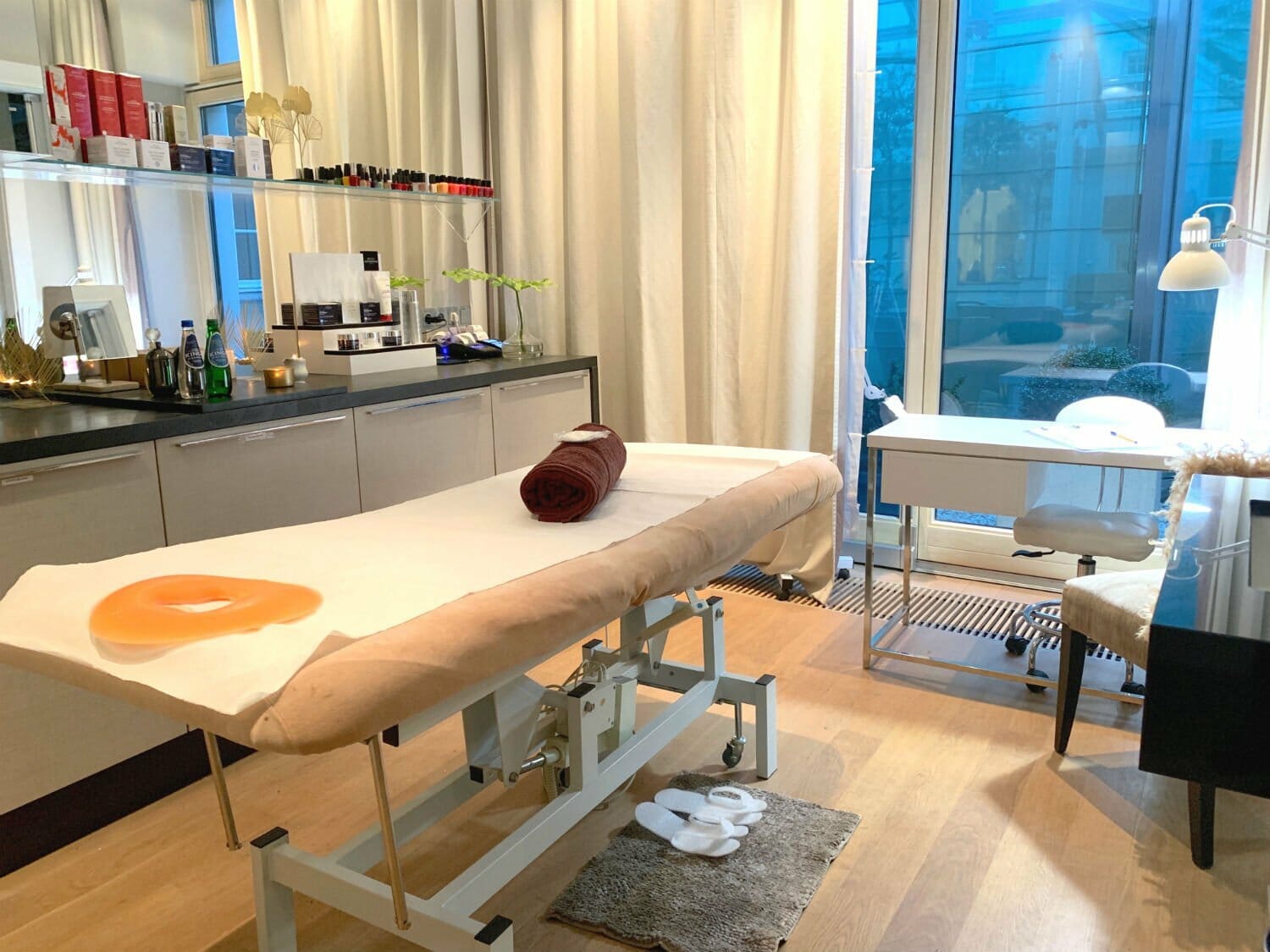 Don’t expect a big spa if you fancy booking a treatment, as there’s 1 treatment room for all. However, what it lacks in size, it more than makes up in the level of service and quality you’ll receive.

From the second I arrived, my therapist, Jola, showed nothing but total professionalism and warmth. After running through the standard questions, she talked me through the techniques of massage she’d be using.

Ninety minutes later, I lay still after undeniably one of the best massages I’d had in a while. Jola uses a combination of massage techniques, and her expertise was evident throughout the whole treatment.

If you stay at H15 Boutique Hotel, be sure to book in some wellness time with Jola. It’s worth every zloty.

There’s nothing that would stop me from staying again at H15 Boutique Hotel. From the accommodating staff to the elegant, individual design of the suites, it’s truly the best base to explore Warsaw.

What do you think about this boutique hotel in Warsaw? Is it somewhere you could see yourself checking into? Leave me a comment below; I’d love to hear from you. 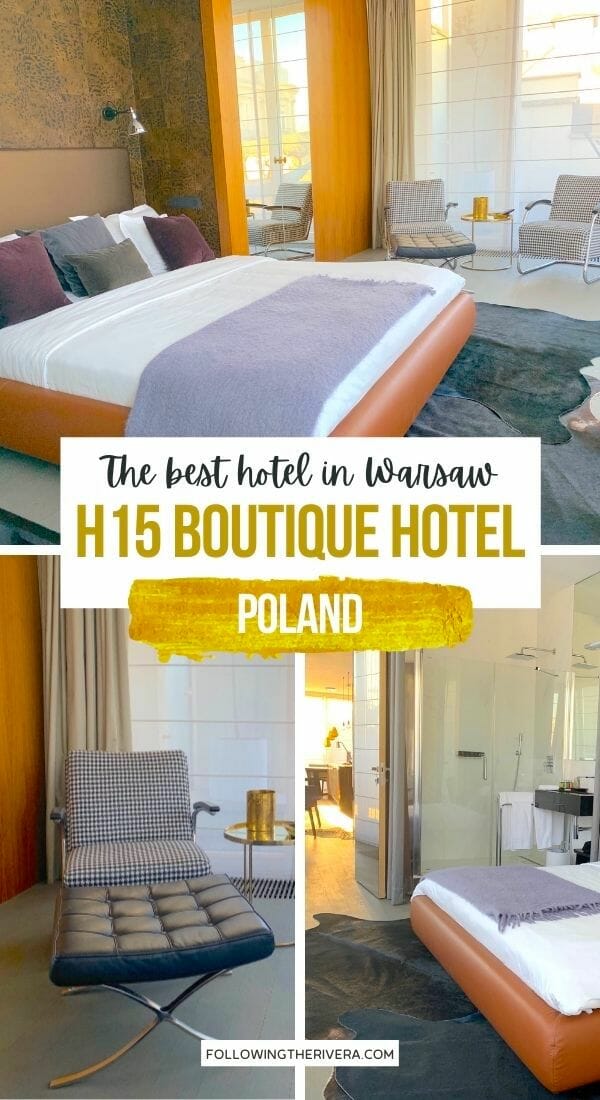