Things to do in Lipari Sicily | 5 best activities 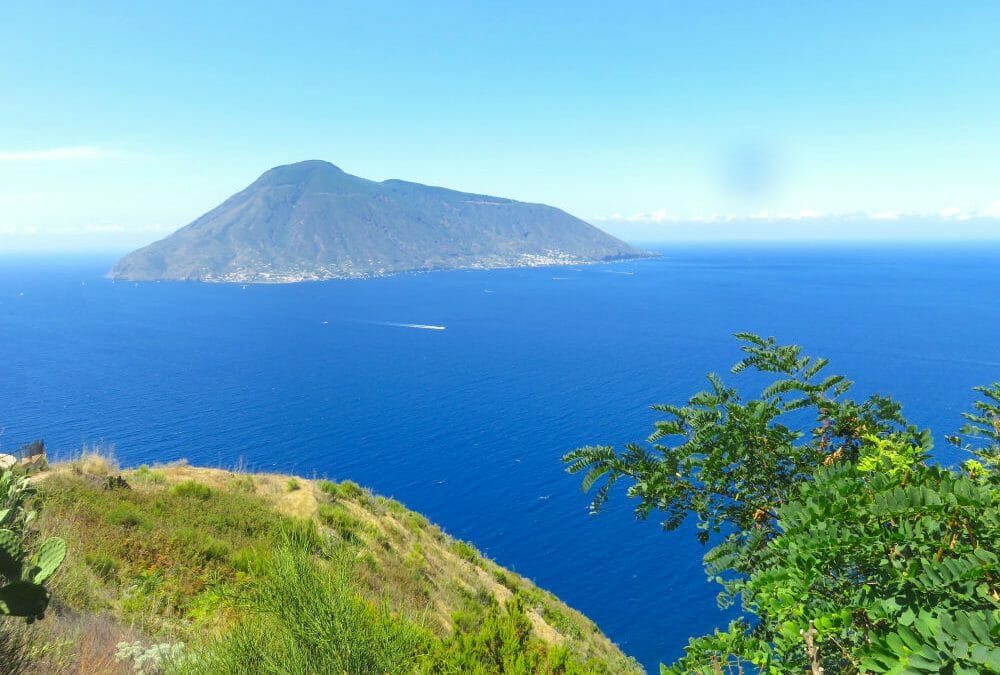 Things to do in Lipari

If you’ve never heard of Lipari or the Aeolian Islands, you’re in good company. We traveled to the island of Lipari for the first time in August knowing nothing about it prior to visiting. I’d always wanted to explore Sicily and more of the south of Italy, and my opportunity had finally arrived.

We spent a week in Lipari traveling around the island and seeing neighboring attractions. Stick around to find out what to do in Lipari, and the sights and attractions you shouldn’t miss.

Lipari is part of the Aeolian Islands in the Tyrrhenian Sea off the north coast of Sicily. It’s the largest island of the group but not the only one worth seeing.

Other surrounding islands to visit include Vulcano, Stromboli, Panarea and Salina. The name ‘Aeolian’ is Greek in heritage, honoring its ancient past, and the first settlers that came to call the island home.

How to get to Lipari, Sicily

Reaching the Aeolian Islands is pretty straightforward departing from Sicily. The closest airport is Catania Fontanarossa. International flights to Palermo and Catania operate daily but fares vary depending on the time of travel ie summer. 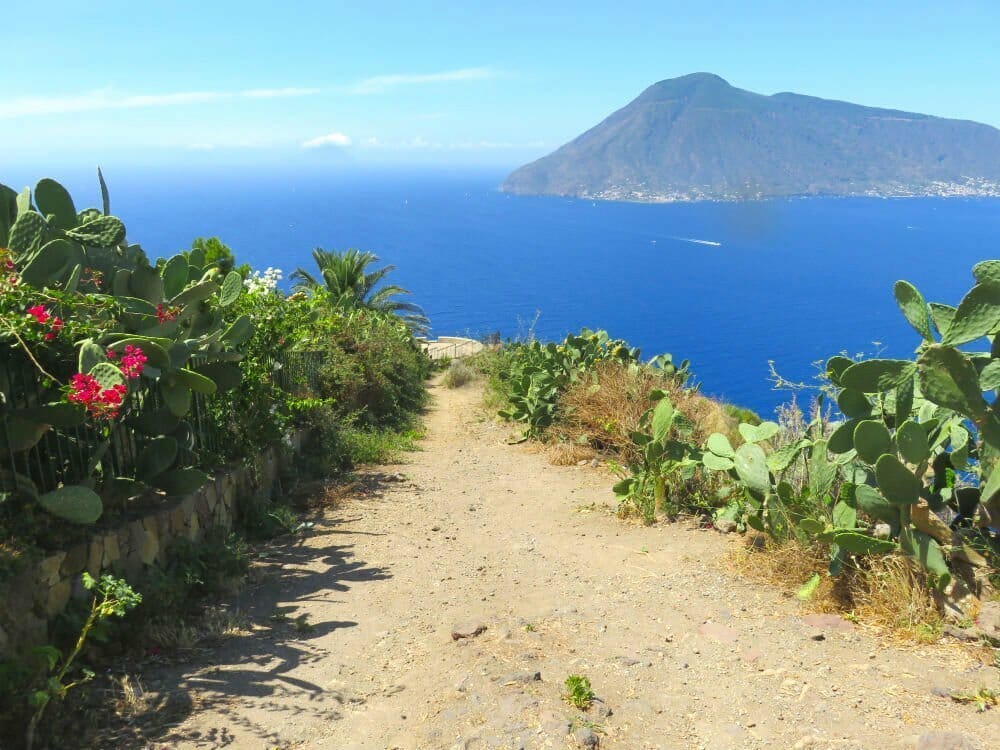 Get to Lipari Sicily to catch views like this…

Flying to Catania shortens the journey in order to reach the ferry port at Milazzo (approximately 1 hour by boat). From Palermo, the ferry ride takes around 4 hours.

There are several carriers from Milazzo to Lipari, like Liberty Lines.  However, I found little difference between them when it came to price. The important thing to note is the timetable when traveling during public holidays.

Traveling to Lipari in August

We made the mistake of traveling on 15 August — a national holiday called Ferragosto. The Italian holiday is a 3-day weekend, which means that many transport services are reduced or closed.

There’s the occasional bus or train that operates on Ferragosto, but be prepared for long waits and unreliable timetables. Taxis are expensive in Sicily, so plan ahead, or better yet avoid, wherever possible.

Where to stay in Lipari

The month of August is traditionally holiday time for most Italians, meaning that the good accommodation places will already be booked.

Renting small apartments is quite popular — particularly those in close proximity to a beach. We were lucky to stay in a home with magnificent views, and also with a Jacuzzi overlooking the sea. 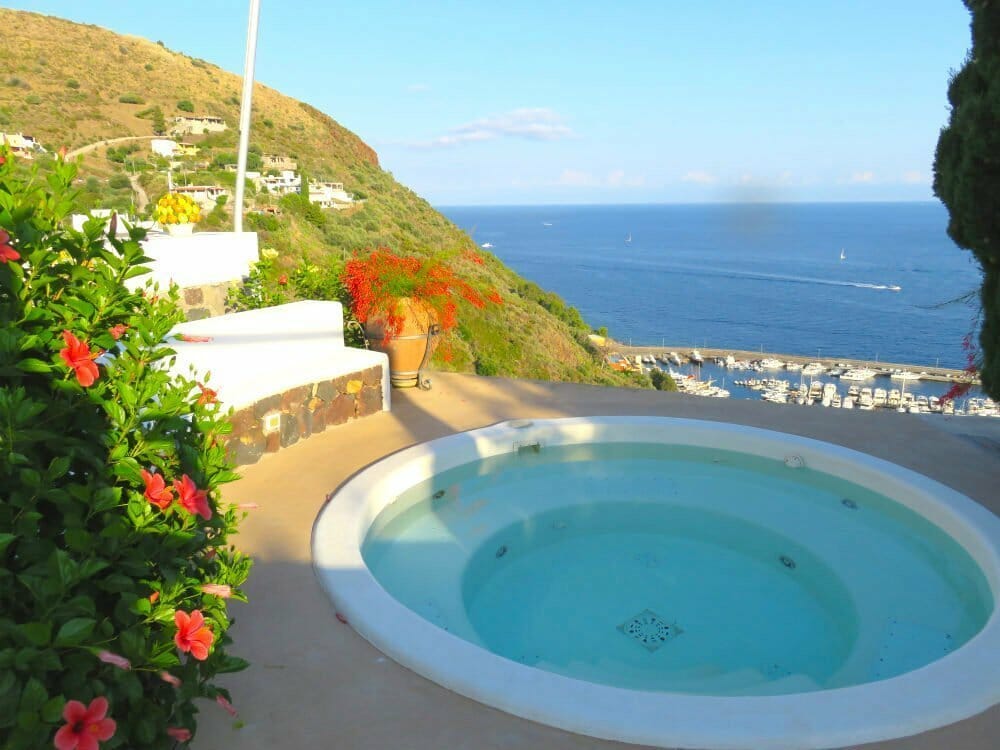 View from our Jacuzzi in our villa in Lipari

Lipari is home to some stunning boutique hotels, and at very reasonable prices too. Hotel Villa Enrica is located atop a hill, providing views of the Mediterranean Sea. The 4-star boutique hotel’s also surrounded by 30,000m2 of fruit trees and flowers.

Facilities include an infinity pool with hydromassage plus a sun terrace where you can relax, or take aperitivo. There are family rooms available for those traveling in larger groups, and it’s also pet friendly!

My second choice is the quaint and sweetly named La Settimana Luna Hotel. There are just 7 bedrooms in this Lipari boutique hotel, so you can expect a truly personal experience.

Its location is just 50 yards from the beaches and coast. There are 2 terraces at the hotel, both with a bar overlooking the sea, and one with a hot tub. This one’s great for couples wanting some privacy, and also for families looking for beachfront accommodation.

How long to stay in Lipari — things to do in Lipari


We stayed for a week in Lipari, but you can stay 2 to 3 nights and see plenty. It’ll give you enough time to fully explore the island, and also see at least one of the neighboring attractions.

Each island in the group has its own charm and character, giving you a first-hand experience of the Aeolian Islands.

Things to do in Lipari, Sicily


Exploring Lipari can be divided into two parts: land and sea. For the former, it’s worth renting a scooter or another form of motor vehicle to get around the island.

The costs are reasonable depending on what you choose. What’s more, it gives you the freedom to explore Lipari at your own leisure.


Scooting around Lipari by bike/car is in itself a perfect day trip. Head towards Chiesa Vecchia di Quattropani, an old church situated high in the north of Lipari.

As beautiful as the old isolated and historic church is, wait till you see the views surrounding the church. There’s a ‘WOW’ effect that forces you to stop and pay attention. Enjoy the view with a big slice of quiet and the clear blue skies above. 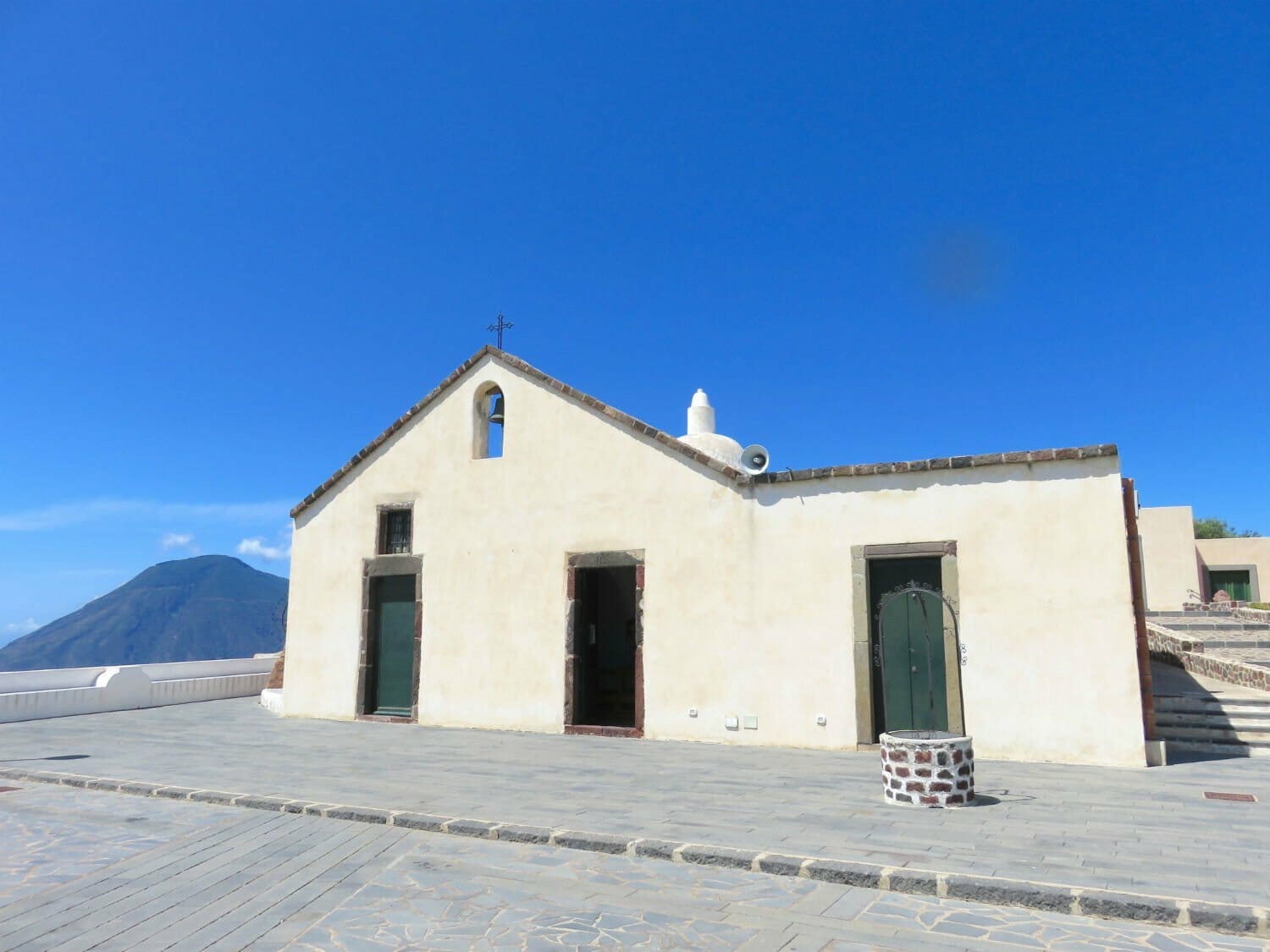 I also highly recommend driving to the Lipari Osservatorio Geofisico. The building is, as the name suggests, an observatory, providing guests with unspoiled views of Lipari and beyond.

The observatory’s the highest point of the island, and offers a tranquil — yet breezier — side of Lipari. It’s the ideal place to grab a moment of clarity, and to photograph the scenery without anyone in the shot.

There’s no question that you must visit the historic town center. Italy, in general, is ideal for getting lost in the maze of narrow colorful streets and hidden side streets. The same applies to Lipari.

The residential streets are full of historical churches and apartment buildings with Baroque-style architecture. Pay particular attention to the buildings where they’ve tried to recreate the historic style (pillars etc) — but with far less authenticity. 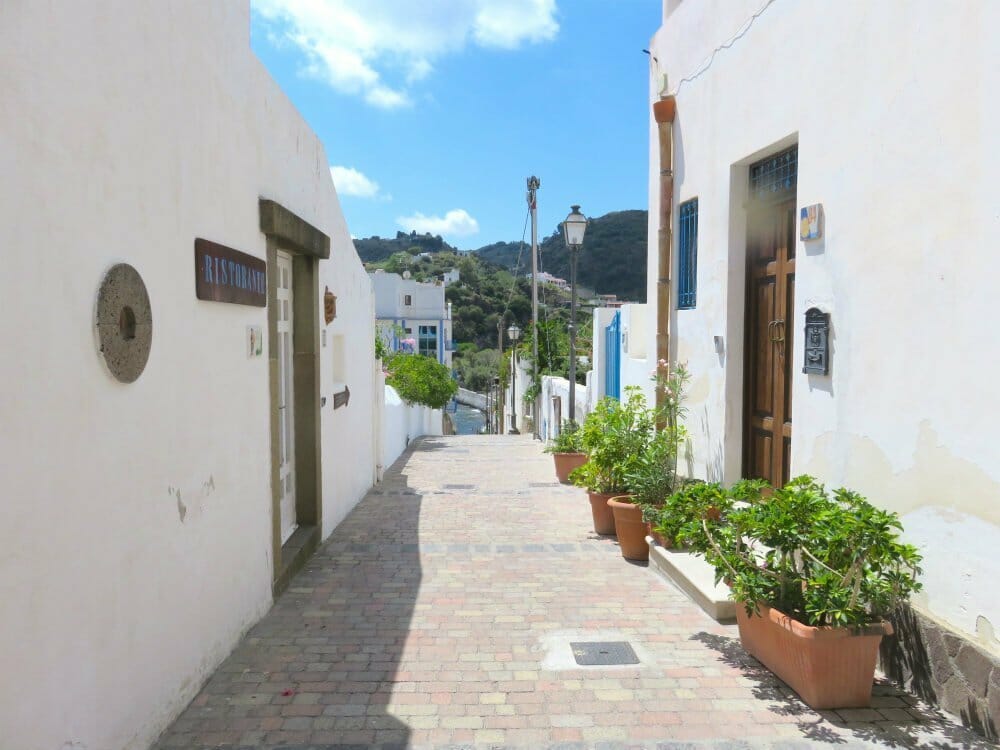 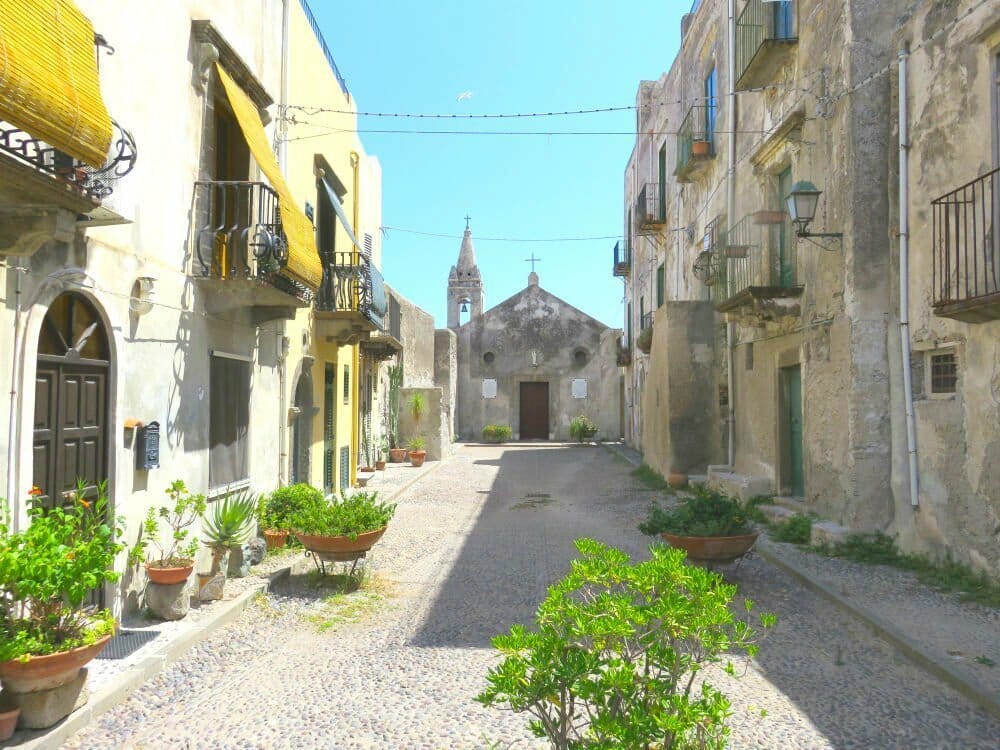 Discover the old churches around Lipari

3. What to do in Lipari town center — Stop by Marina Corta

A short walk from the town center is Marina Corta. You can easily identify the marina from the large statue of Saint Bartholomew (San Bartolomeo) as you enter the piazza. The piazza’s home to many restaurants and cafes overlooking the sea.

At night, the area lights up with market stalls on the steps leading to church, Chiesa delle Anime del Purgatorio. Marina Corta is great for relaxing on a warm summer’s evening while sipping on a chilled glass of wine and enjoying the view. 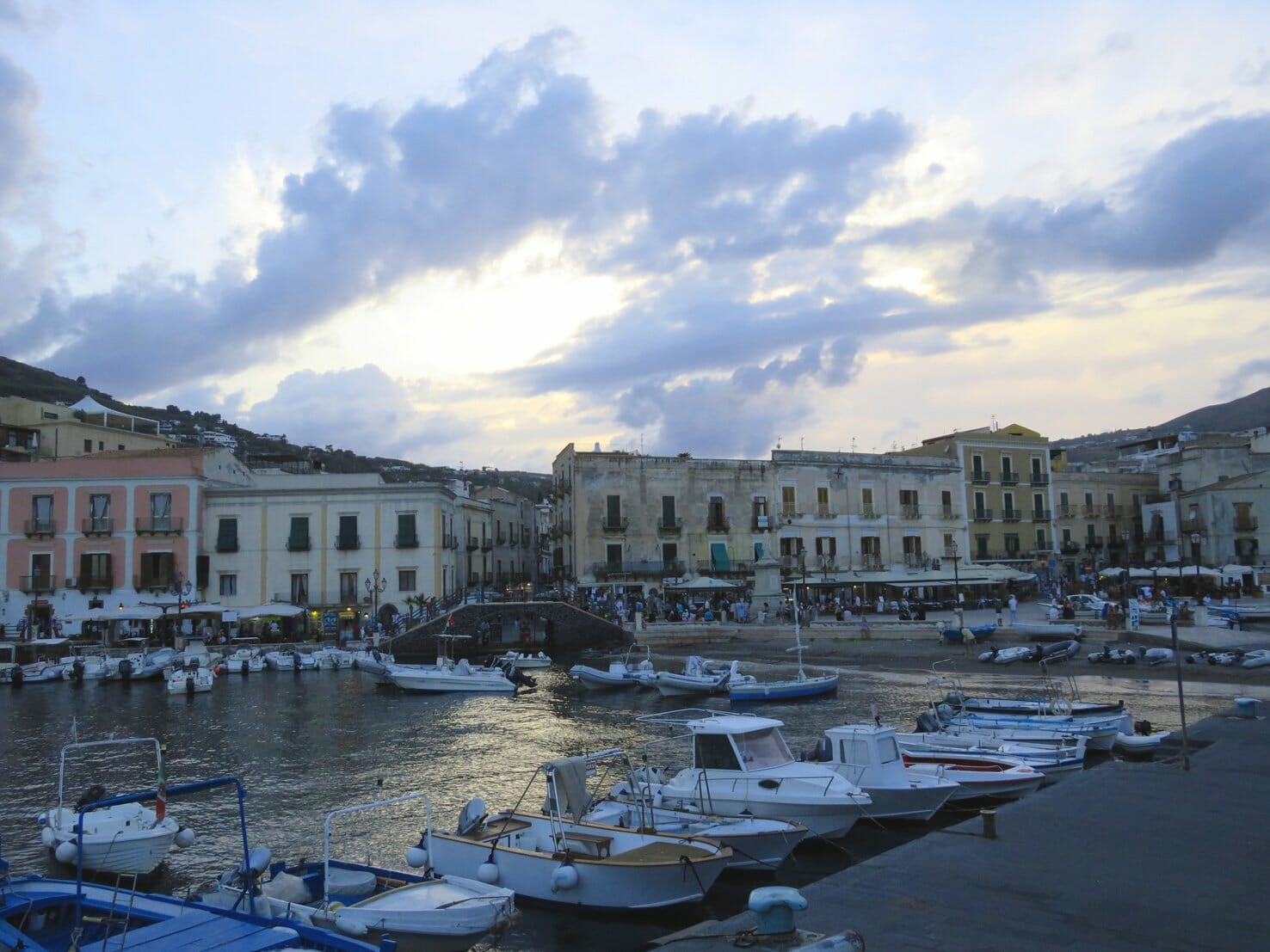 
The town center of Lipari has everything you would expect from a small, mainly holiday, island.

There’s a wide variety of restaurants, bars, cafes, and a new found love of mine, the rosticceria. You can only find a rosticceria in Sicily, so if you come across a good one, don’t pass by without paying a visit. 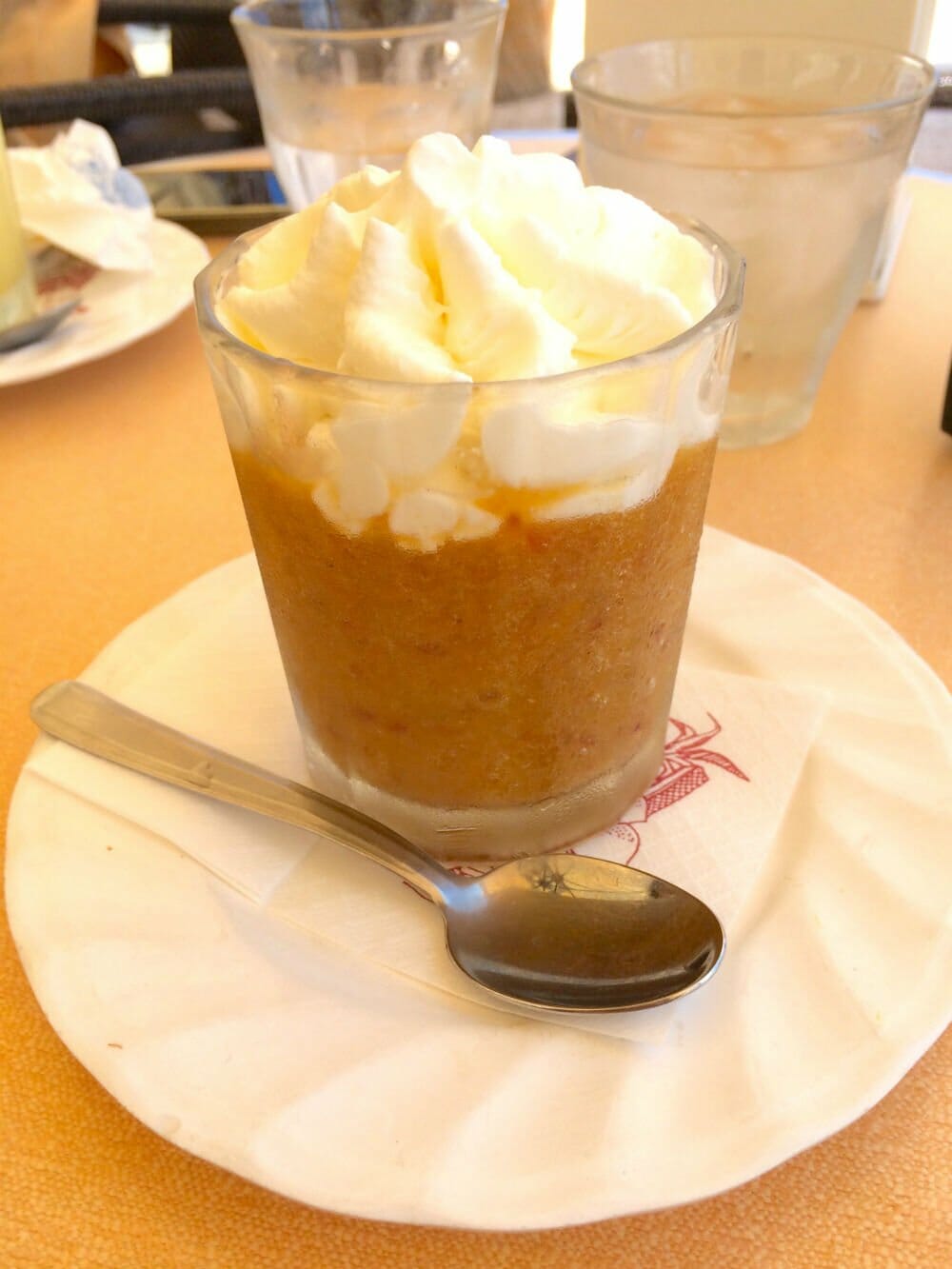 Refresh your palate with a Lipari favorite, peach granita

Try the cuisine in Lipari

Here, you can try traditional Sicilian food such as Arancini with Ragu (stuffed rice ball with meat, tomatoes and cheese). I also urge you to try a slice of focaccia (the Sicilian version of pizza) and the refreshing granita. Most Sicilians eat this crushed ice with fruit for breakfast, but you can also have one mid-morning.

There are many rosticceria in Lipari to choose from, so keep sampling till you find one you like. A particular favorite of mine is Mancia E Fui on Via Vittorio Emanuele. Everything served is budget-friendly, delicious and is also homemade.

Visiting other Aeolian Islands — things to do in Lipari


The town center’s full of tour companies eagerly waiting to take you on boat trips to neighboring islands. Find the best deal for your budget and needs, and be sure to book. This is one experience you don’t want to miss. 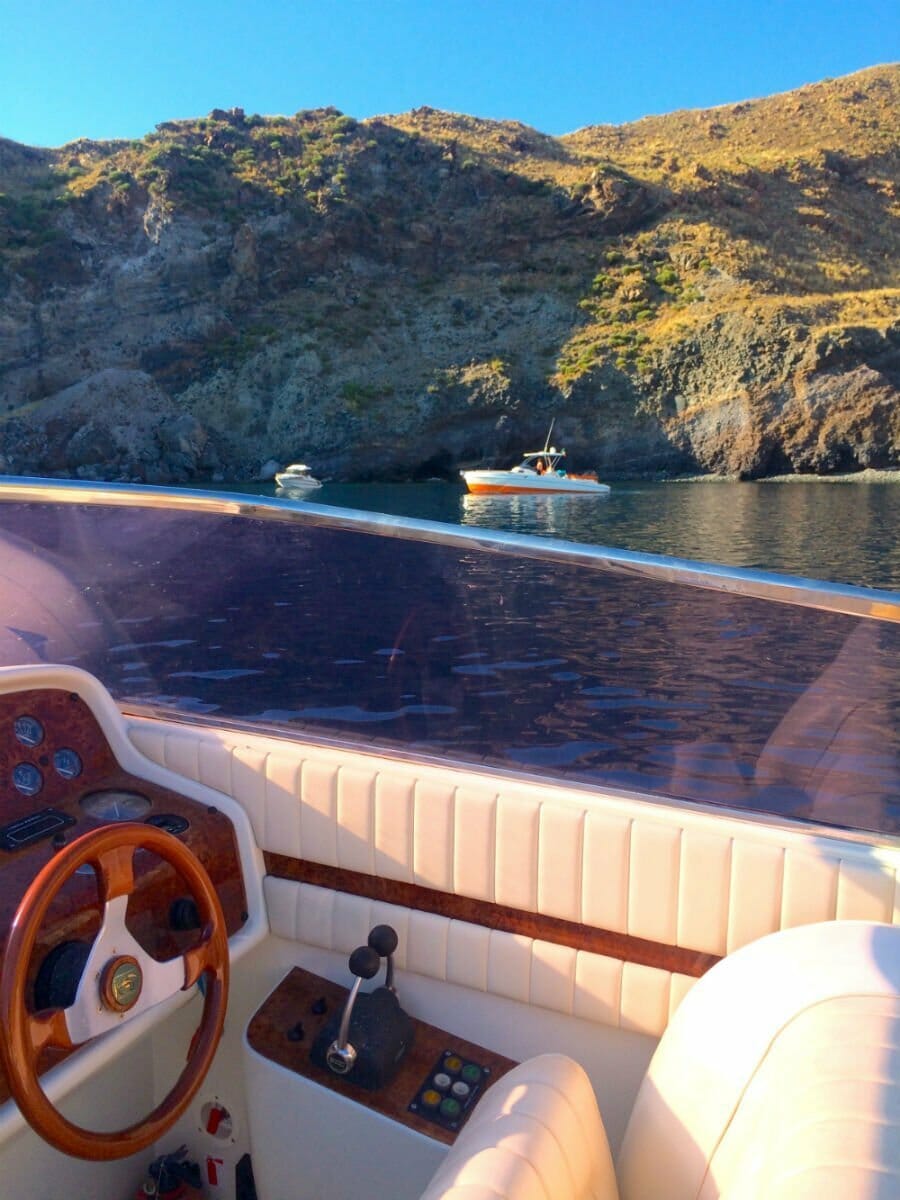 Even if you’re not a boat savvy type — like me — the boat trips were one of the highlights. Just ensure you’ve taken your Dramamine prior to boarding! Try the black sands on the volcanic island of Vulcano, or a night trip to the magical island of Stromboli.

What to pack for Lipari

Lipari can get very hot in the summer months (late June to September), ranging from 29-35°C (84-95 F°). Saying that, it’s best to stay out of direct sunlight during peak hours (12-3pm). Pack plenty of shorts, t-shirts, swimwear and sunscreen, and don’t forget your sunhat.

For ladies, bring a light shawl for the evenings. I also found it useful for protecting my shoulders from the sun on boat trips. Nights can get cooler, so take a light jersey or cardigan, particularly if you plan to sitting outdoors for a long time.

Would you like to visit Lipari? What do you think of this Sicilian island destination? Leave a comment in the section below or get in contact – I’d love to hear from you! 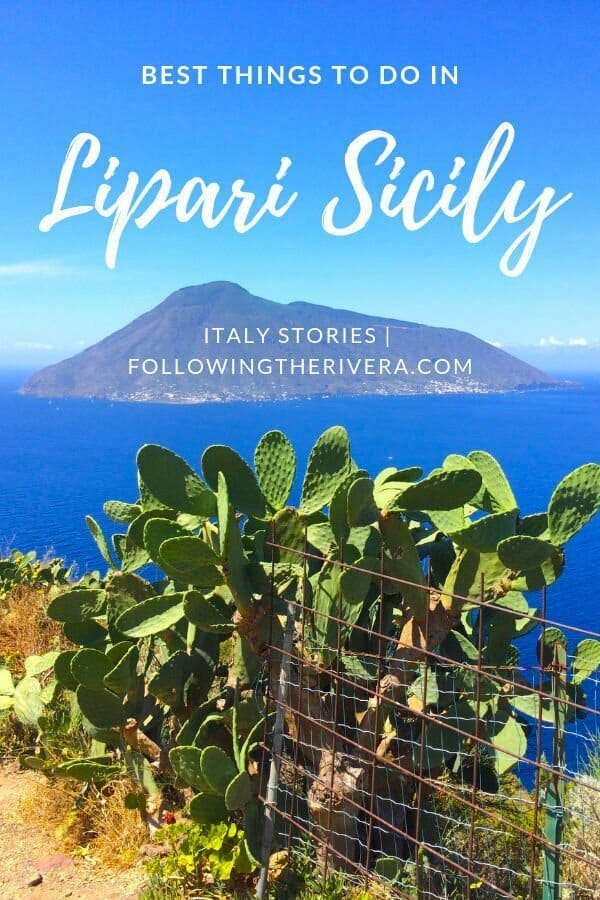 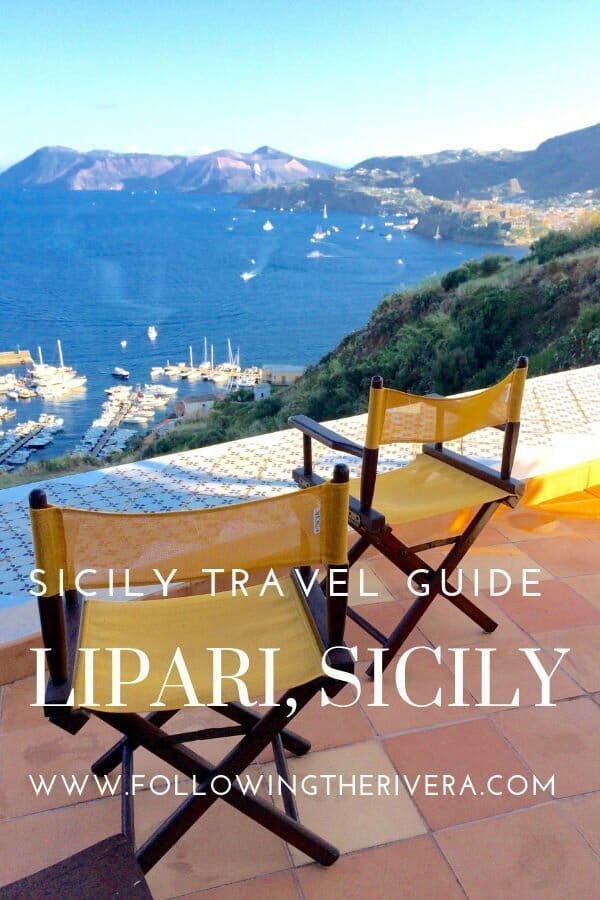 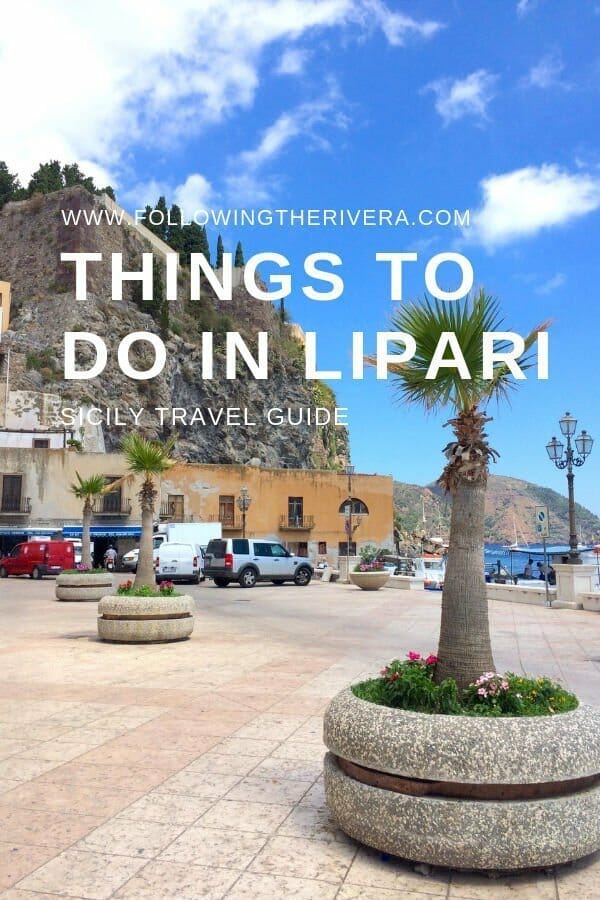